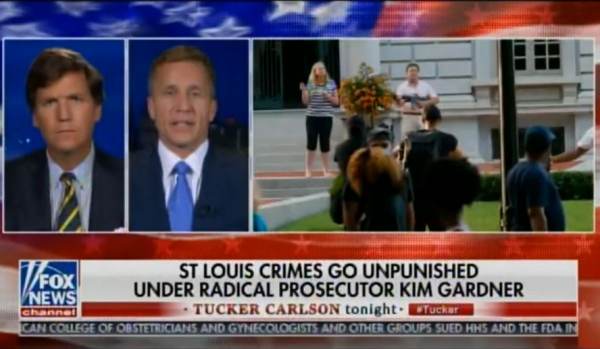 Governor Greitens was on with Tucker after St. Louis resident Mark McCloskey was on to talk about how Circuit Attorney Kim Gardner is shredding the Constitution by attacking law abiding citizens and actually siding with the lawless.

We have written extensively about this crooked Soros-funded politician here at The Gateway Pundit.

St. Louis Circuit Attorney Kim Gardner Has a Long History of Outlandish Behavior and Dangerous Policies Before She Started Harassing the McCloskeys

Eric Greitens also attacked the weak Missouri Republicans who have been hesitant to speak out against the mob and defend the law-abiding citizens of Missouri.

Eric Greitens: Kim Gardner, as you pointed out, is only part of the problem. And I’m sad to say that part of the problem is that you have some Republicans whose cowardice and complicity is also accelerating and fueling the problem here. We need to have some leaders who stand up, be clear, act with some courage and some clarity.