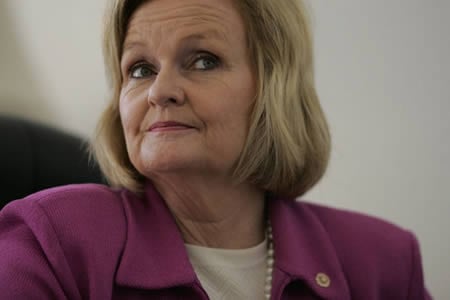 If you needed a reminder why the citizens of Missouri refused to re-elect the incompetent, intellectually limited Clair McCaskill, she provided it today. Here’s the headline from the NY Post:

I had to double-check that this was not a new piece of satire from the Babylon Bee. Nope. I looked at my calendar fearing it was April 1st and this was a lame attempt at macabre humor. Double no.

Here’s what she said:

Former Sen. Claire McCaskill said Friday that she believes last January’s Capitol riot was worse than the 2012 attack on US personnel in Benghazi.

“Joe I have one word: Benghazi. Benghazi had in the House alone six investigations,” the Missouri Democrat told MSNBC host Joe Scarborough. “If you compare and contrast, I don’t want to minimize the loss of life in Benghazi or the problems around the security of those locations, but lets compare and contrast those two events and which is more foundation shaking to our democracy.”

These facts notwithstanding, our corrupt Department of Justice and its Gestapo-like henchmen, the disgraced FBI, declared this was an insurrection and have arrested and incarcerated hundreds and ignored the Constitution. We saw this kind of appalling harassment of political opponents by the likes of Hitler, Stalin, and Mussolini. I never thought I would see our own Federal institutions stoop to such disgraceful actions.

So this was worse than Benghazi? Really?

Four Americans were killed by radical Islamists who stormed the temporary residence of Ambassador Chris Stevens and attacked the secret CIA base that was being used to arm Islamic insurgents in Syria:

An additional seven Americans were wounded during the combat operation trying to fend off the Islamic radicals surrounding the CIA base.

Please, Senator McCaskill, how in the name of all things holy are the events of January 6 “worse” than what transpired in Benghazi?