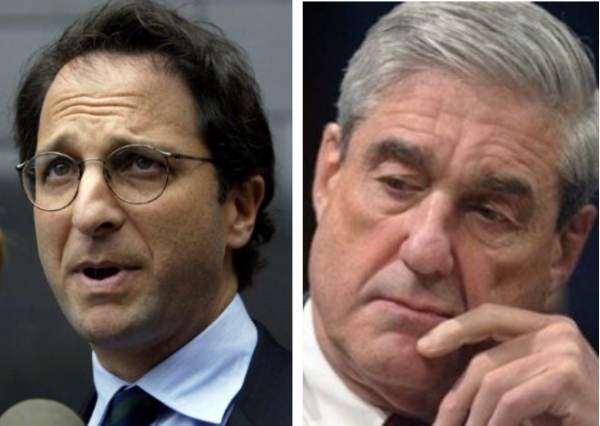 In a twist of reality, Andrew Weissmann, the Mueller gang’s top attorney who couldn’t find crimes of obstruction on President Trump, no matter how hard he tried, is now obstructing justice himself.

Andrew Weissman did all he could to attach a crime to President Trump in the criminal Mueller investigation.  For two years, the Mueller gang led by Weissmann harassed the President and worked with the media to attempt to tie the President to Russia and any crimes that they could make stick.

Weissman and gang knew there was no connection to Russia.  He knew it was all made up.  He was involved in the initial efforts in 2016 to tie Russia to the Trump campaign.  It was all a lie as we knew then and now have no doubts after the DOJ IG released a report in late 2019 that confirmed this fact – the Trump – Russia collusion claim was a lie.

The entire event was created to tie an obstruction charge onto the President.  Rep. Devin Nunes called it an obstruction trap.  In the first month of activity the Mueller team was working on obstruction.  Eventually Bill Barr was nominated Attorney General and he ended the criminal investigation.  When Weissmann provided the AG the fruits of their criminal coup, he provided two documents – one where the Mueller team claimed there was no Russia collusion and a second where Weissmann claimed the President may have committed obstruction, but they weren’t sure.

AG Barr saw what Weissmann was doing and outsmarted the sleazy prosecutor and ended their attempted to coup.  When Weissmann claimed he couldn’t make a decision on obstruction charges, Barr stepped in to claim there were none basing this on the Justice Department’s responsibility to make the call.  Boom – the coup was over.

But now Weissman is partaking in crimes that he attempted to tie to President Trump.  Weissman claimed President Trump may be guilty of obstruction due to his tweeting that the Mueller team was corrupt.  They were corrupt and Trump was right.

Over the weekend Weissmann sent out numerous tweets about the individual on his team who agreed to a guilty plea last Friday, Kevin Clinesmith.  The first guilty plea to date.  Weissmann’s tweets were addressed by Professor Jonathan Turley:

After Weissmann called on DOJ attorneys not to assist investigations by the Justice Department, Clinesmith pleaded guilty. That would ordinarily cause embarrassment for someone who has sought to hinder the investigation. Not Weissmann. https://t.co/vrVq2A7lYo