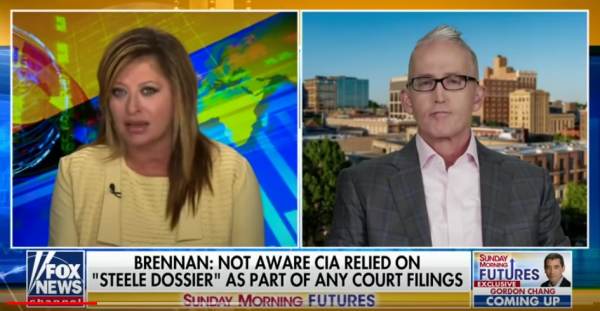 Trey Gowdy shared some thoughts on the John Durham investigation on Sunday morning with Maria Bartiromo.

Former US Representative Trey Gowdy was on Sunday Morning Futures with Maria Bartiromo this Labor Day weekend.   Gowdy had this to say about the John Durham investigation that has been going on for the past year looking into criminal activities in the Russia collusion scandal.  The crimes being looked into are those by the FBI and DOJ holdovers from the Obama administration.

…that somehow the Trump campaign was complicit or conspiring with them.  Where did that start?  What is the evidentiary basis of it and I think Durham, I’m not going to prejudge what he’s going to find.  I think it will be a mixture of the CIA and FBI…

… He’ll [Durham] will write the definitive accounting of what happened.  Whether or not there will be more indictments or not, Maria, I don’t know and I’d like to assume that there will not be and I know that puts me in a small minority but I’m assuming that the Clinesmith indictment will be the only one.  But I would liken it to Secretary Clinton, she was not indicted but when the jury in November of 2016 met, they did meet out punishment, they did meet out accountability.

If Clinesmith is the only indictment after the attempted coup of candidate and President Trump from the Clinton campaign and Obama Administration, America may see another civil war.  Americans will not accept a rule of law for elite politicians and a different set of laws for Average Joe.

merica’s greatest mistake over the decades was to allow our politicians and elites to get away with crimes.  This must be addressed in order to remain a country.