It’s ratings had never been higher thanks to Donald Trump and his supporters.

Then the fraudulent election took place and FOX immediately disowned their audience.

Trump supporters were no longer welcome. And if anyone dared to question the fraudulent election they were immediately mocked and sneered at.

FOX News spit on their audience.

And their audience walked.

The latest ratings numbers were released today for the formerly Trump friendly network. 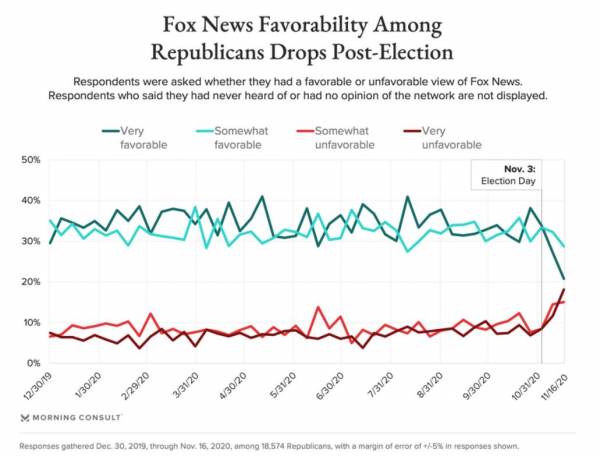 The viewership at FOX News just two weeks ago was larger than CNN and MSNBC COMBINED!

Now look at the numbers!

CNN is crushing FOX News in the key 25-54 demographic in EVERY SINGLE HOUR LAST FRIDAY!

And MSNBC Beat EVERY FOX SHOW except Tucker Carlson!

This is a COMPLETE COLLAPSE!