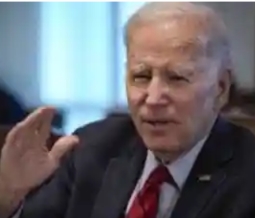 As you know, a fourth batch of classified documents has been found in Joe Biden’s home, next to the infamous garage. Cristina Bobb has a solid explanation for why Biden’s lawyers were allowed to search for the classified documents. She believes it was a sanctioned “clean-up operation.”

Also of interest, Hunter rented the GarageGate house for $50,000 a month. It sounds like money laundering to us, but we don’t know. It needs to be investigated.

WHY WERE BIDEN’S LAWYERS GOING THROUGH BIDEN’S PAPERS, NOT THE FBI?

It’s also very interesting that at least some documents are about Ukraine and are top secret. Ukraine was one of the Trump impeachment cases. Also, Biden threatened to withhold a billion tax dollars from Ukraine unless they fired a prosecutor he saw as a threat to Hunter’s lucrative job.

Bobb doesn’t believe that the media is telling the story honestly – not “for a second.” Watch:

Another strong possibility is with Hunter’s case heating up, someone in the DOJ, like Merrick Garland, warned Biden to clean up any files since they might have to search his homes and offices.

Either way, it’s a clean-up operation.

There is also the off-chance that someone spotted them and ratted Biden out.

The Post’s examination of Biden’s infamous abandoned laptop in the last year has exposed myriad foreign business schemes the then-Vice President’s son tried to shepherd. Last week The Post revealed dozens of sit-downs between Hunter and Joe Biden that were frequently scheduled just days after Hunter visited with foreign officials.

“Hunter Biden failed to register as a foreign agent during years of overseas business dealings — a possible crime that could finally land him in prison, experts say,” Jon Levine reports.

“The recent disclosures of additional foreign contacts has only strengthened what was already a strong case. Indeed, in the last few weeks, the compelling basis for a FARA charge has becomes unassailable and undeniable,” said George Washington University Law Professor Jonathan Turley, who has testified before Congress on the issue.

“The influence peddling schemes directly reference the President and [Joe Biden] is repeatedly cited as a possible recipient of funds,” Turley said.

The clean-up operation will involve hiding all of the documents.

Money laundering and violations of foreign lobbying laws are part of the DOJ’s probe of Hunter. However, insiders say he could get a “generous plea deal.”

The clean-up could include some very serious crimes.

In early December, she had called the Hunter laptop situation a “national security issue.” The man who exposed the Hunter laptop, Mac Issac, said that one of the things that frightened him was Hunter writing on the laptop that he wanted the name of a bouncer who threw him out of a bar so he could have him killed.

Cristina Bobb on the Hunter Biden Laptop situation: “ This is a national security issue… it is showing that we have thugs that have taken over our Federal Government and it needs to be investigated….” pic.twitter.com/Lf82JELeJQ

This is our President singing Happy Birthday to MLK III’s wife, whose name he does not know.

Joe Biden decided to sing happy birthday to MLK III’s wife and clearly forgets her name. This is straight out of “The Office.” Amazing: pic.twitter.com/V1TAfNLgFn

2nd Batch of Sensitive Docs Found in a Biden Office – When Will DOJ Raid?January 11, 2023In “Home of News, Politics & Opinion”

Former President Trump & His Family Watched the Raid from CCTVAugust 12, 2022In “Home of News, Politics & Opinion”