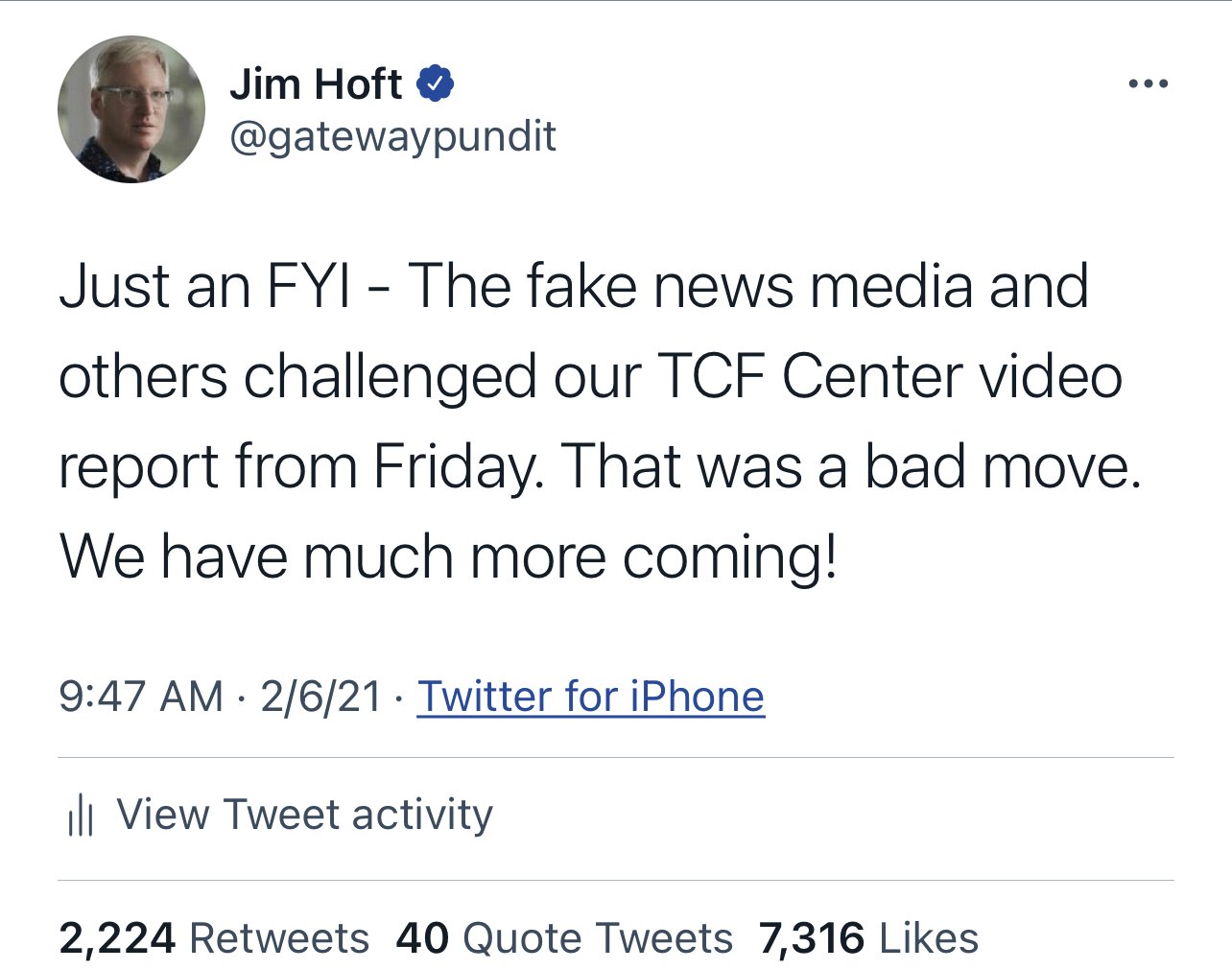 Earlier today we tweeted out an update on our ongoing investigation of the Detroit TCF Center on November 4, 2020.

We have much more on this incident to report on in the coming days.

In our Saturday tweet we announced that we have more video coming from the TCF Center the November 4th.

And we also warned the careless fact-checkers that we have more information coming that they excluded from their reports on Friday and Saturday.

The tweet this morning had 2.2 thousand tweets and over 7,200 likes.