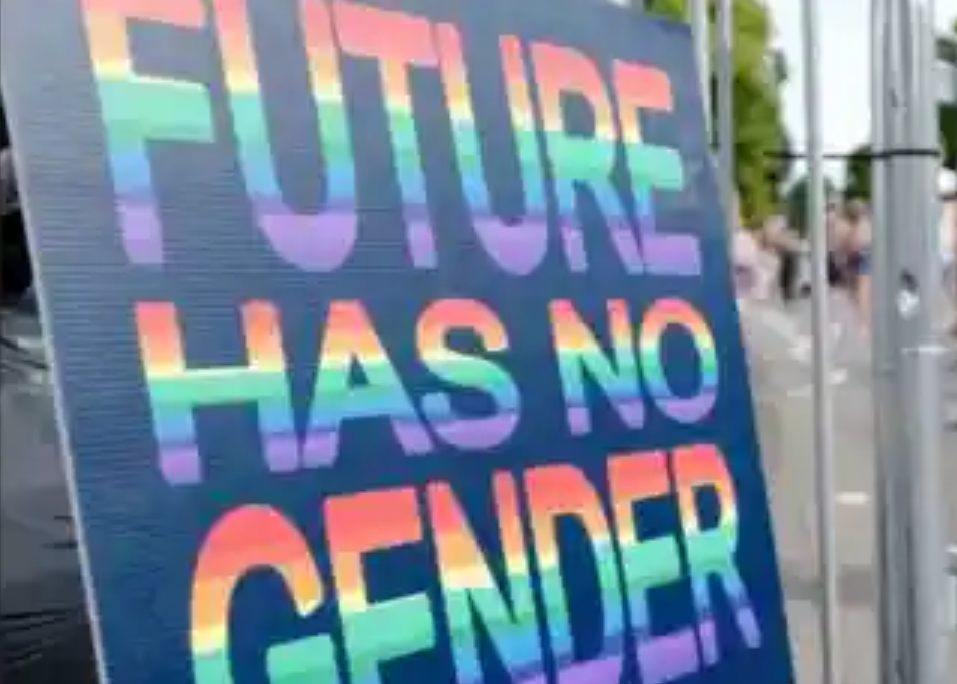 THEY ARE STEALING OUR CHILDRENS MIND! STAND UP AND FIGHT BACK

Senator Tom Cotton (R., Ark.) and the Republican Study Committee, a House caucus led by Representative Jim Banks (R., Ind.), announced on Wednesday that they will introduce the Protecting Minors from Medical Malpractice Act in both chambers of Congress this session.

The number of schools in wealthy, moderate, and poor precincts teaching gender affirmation is skyrocketing.  As a result, more and more younger and young children want to transition.

THE IRREVERSIBLE SURGERIES FOR CHILDREN

The bill responds to growing concerns over the use of puberty blockers, cross-sex hormones, and surgical procedures to alter minors’ physiology and outward appearance.

Once signed into law, the bill would allow victims and legal guardians to sue surgeons who perform gender-transition surgeries on minors — or doctors who prescribe them hormone treatments — up to 30 years after the subjects reach the age of majority.

“Unfortunately, radical doctors in the United States perform dangerous, experimental, and even sterilizing gender-transition procedures on young kids, who cannot even provide informed consent,” Cotton continued. “Our bill allows children who grow up to regret these procedures to sue for damages. Any doctor who performs these irresponsible procedures on kids should pay”, Fox News reports.

Affirmation in PK and other early grades directly leads to transitions of young children who can’t even fully comprehend what is happening.

HOW FAR IT HAS GONE IN JUST ONE ELITE SCHOOL

Common Sense by Bari Weiss on substack posted an investigative piece by Leighton Woodhouse about a family whose two children were enrolled in the Marin Country Day School.

The children were expelled by the school and they were told to not contact any school employees and to never step foot on campus again.

The $40,000 per student per annum school teaches first graders and up about “deconstructing the gender binary”. That is the idea that there is no such thing as girls and boys, just girlness and boyness. The parents had questioned it.

Other parents were concerned but the Sinclairs dared speak up. That led to the school administrators suggesting they were homophobic and tarnishing the school’s reputation. A school attorney threatened them with defamation for accusing them of “predatory grooming”, something they never did.

Friends stopped replying to their texts and teachers said they felt unsafe around them.

They were worried about even remaining in the Bay area where these destructive lessons were taught.

Their children were listening to Kendi’s “Antiracist Baby” and had to learn correct pronouns. Gender is fluid they were told.

A former teacher said a group of girls in her class thought they were gay or transgender. By 4th grade, his daughter was “dating” other girls. By 6th grade, she adopted male pronouns, a boy’s name, and wore a breast binder.

The Sinclairs noticed all the American flags disappeared and in their place were red flags.

There were weird class exercises forcing 7 and 8 year olds to decide how they identified, affirmation of their gender.

The parents sought help from the vice president of the school’s Diversity, Equity, and Inclusion Conclusion. He did help, or tried to, and was kicked off the committee.

They hope they don’t have to move again.

The Conclusion is Alarming

There is a lot more to the story and others equally compelling at Common Sense.

While a number of parents were concerned, they didn’t dare speak up. Only the Sinclairs did. The administration bullied everyone but they accepted it, possibly because this is the fancy private school that can guarantee success for them, and their children. The administration threw science at them, but it isn’t scientific. The school threw homophobia in their face and most people couldn’t bear that label.

We are in the hands of perverted minds.

Trans Association Lowers Age of Transition to As Young as 8 YearsJune 19, 2022In “Home of News, Politics & Opinion”

LGBTQ Activists, backed by Rogue Courts Control the Military and the SchoolsJanuary 4, 2018In “Home of News, Politics & Opinion”