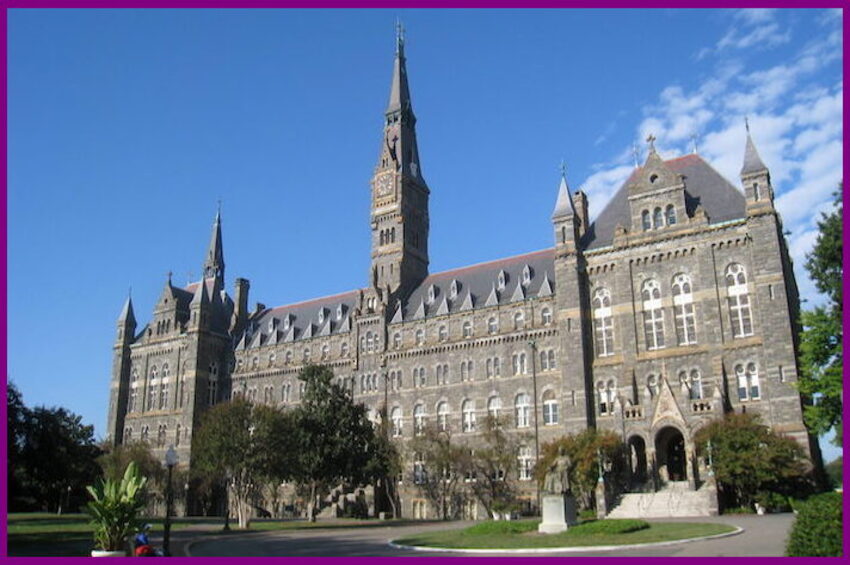 The Bridge Initiative, a project of the Alwaleed Bin Talal Center for Muslim Christian Understanding, continues to embarrass its host, Georgetown University, this time by publishing a “factsheet” in defense of the convicted Hamas fundraising organization known as the Holy Land Foundation.

The sheet is short on facts, and long on emotional appeal. It distorts basic facts about the Holy Land Foundation case, in which the nation’s largest Islamic charity and five of its employees were convicted on 104 felony counts, including providing material support for the terrorist organization Hamas.

While the Bridge Initiative wants to relitigate the HLF case, wholly endorsing arguments made by the defense that were soundly rejected by judge and jury, ultimately what it seeks to do in their factsheet is argue that Hamas should not be designated as a terrorist organization at all. They likewise condemn U.S. Treasury Terrorism designation efforts in general, despite these efforts being a mainstay of the effort to combat terrorism since 9/11.

“The fact sheet says that Hamas ‘was founded in Palestine in 1987 as a political and social organization, with an armed wing aimed at resisting the Israeli occupation of Palestine.’ It acknowledges that the United States designated Hamas a terror organization in 1997, but then states that designating Hamas as a terror group “has been criticized by legal scholars as being politicized by the State Department, and as raising issues concerning due process, equal protection, judicial deference, the chilling of free speech, and having ‘disparate impact on the Arab Muslim community.’”

The defenders of Hamas have long relied on the false distinction that the group has an “armed wing” which engages in violence, claiming the majority of the group merely performs otherwise legal work in the social and political spheres.  Ironically, Hamas’ own founder rejected the distinction between armed and unarmed wings, and the organization is tightly integrated. Terrorist activities take place under the direction of the group’s political leadership, as Matt Levitt, Author of “Hamas: Politics, Charity and Terrorism in Service of Jihad” has ably documented.

It’s no surprise that Bridge Initiative would be playing the role of Hamas apologist, given that its founder, John Esposito, has a history with the very Hamas network of which the Holy Land Foundation was the prominent member. Esposito served as a member of the advisory editorial board for the journal of the United Association for Studies and Research (UASR). UASR, which the federal government described as a Hamas “think tank”, was founded by Mousa Abu Marzook, currently deputy chairman of Hamas’ political bureau. UASR’s executive director and the editor of the journal of which Esposito was an advisor, Ahmad Yousef, who went on to serve as a Hamas spokesman….