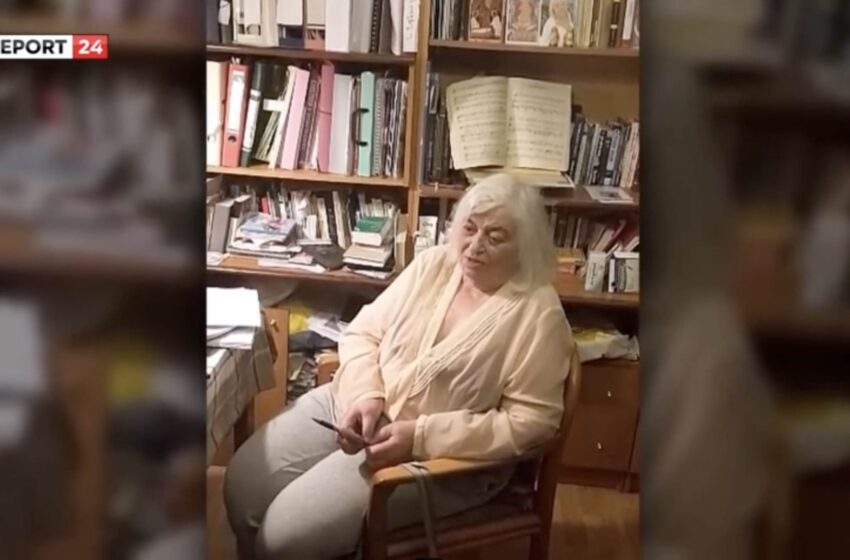 An 85-year-old Jewish musician and Holocaust survivor was targeted by a court in Stuttgart, Baden-Württemberg, forcing her to receive the experimental COVID-19 vaccines and throwing her in a psychiatric ward.

The decision was overruled by a regional court.

Inna Zhvanetskaya, was born on January 20, 1937 in Vinnytsia, Ukraine. She is a Jew and is one of the survivors of the Holocaust. She is now being hunted by German authorities after a judge in Stuttgart issued an order requiring her to spend a year in a closed psychiatric institution. But she needs to be vaccinated with COVID-19 vaccines twice, with the use of force, according to Report24.

The outlet asked for some questions regarding the ruling of the district court in Stuttgart-Bad Cannstatt, but did not obtain a thorough response.

BREAKING: A German court has ruled to FORCIBLY vaccinate a 85 year old Holocaust survivor and throw her in a psychiatric ward.

The 85-year-old Zhvanetskaya sent a video message to Report24 saying that “music is my life, and if they take away music from me then they take my life.”

Report24 also received a copy of the court order, which authorizes her forceful transfer to a psychiatric institution and for her to be forcefully injected with the COVID-19 shots “for her own good.”

The court order was officially appointed by her professional guardian, which seems somewhat contradictory given that the German national federation of professional guardians is strictly against forced vaccinations of patients against their wishes, according to statements made on their website.

The court order claims that Zhvanetskaya has been diagnosed with several mental illnesses, including dementia, delusional disorder, narcissistic “grandeur self-image,” egocentrism and logorrhea. She also allegedly suffers from severe obesity and heart disease.

However, many of these diagnoses were called into question by critics after the story made the rounds in alternative media circles. Report24 journalist Will Huber pointed out that Zhvanetskaya does not appear to be extremely overweight in the video she sent, which seems to contradict the claim that she is severely obese.

Mascha Orel, co-founder of a humanitarian organization for holocaust survivors, reportedly spoke with Zhvanetskaya and said she cannot confirm any of the