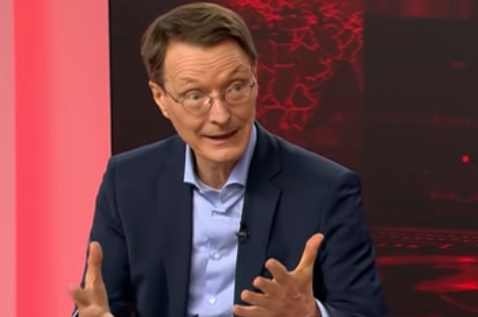 German Health Minister Karl Lauterbach is calling for mandatory vaccinations of the population as soon as possible.

Lauterbach is pushing for a massive booster campaign in the country to get the omicron variant under control.

Apparently, the first two shots did not work. Third time is a charm.

JUST IN – German health minister Lauterbach calls for mandatory vaccination of the population as soon as possible, does not rule out further doses in this context. pic.twitter.com/BxP1QzBnJn

Federal Health Minister Karl Lauterbach ( SPD ) fears that the number of infections will rise sharply due to the new Omikron virus variant. “I assume a massive fifth wave,” said Lauterbach when visiting a vaccination center in Hanover.

“We have to assume that the wave of omicrons that we are facing, which in my opinion we cannot prevent, will be a massive challenge for our hospitals, for our intensive care units, but also for society as a whole.”

Omikron could not be “got under control” with a double vaccination alone, emphasized Lauterbach. “We mustn’t be lulled into a false sense of security.” That is why a “massive booster campaign” is needed with the aim of “boosting several million people a week”. In the coming days he will try “by all means” to get vaccine.