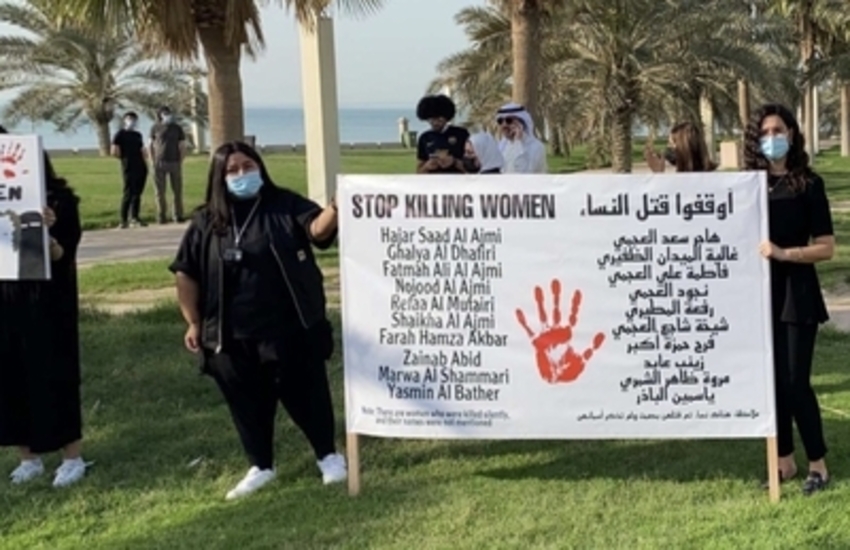 After her uncle raped her, after she’d discovered she was pregnant, after she had given birth to her uncle’s child, after she’d returned home again, her uncle strangled her to death. Then, along with her brother, he tied the scarf he’d used to choke her to tie her to a ceiling fan, hoping authorities would believe it was a suicide.

To be clear, the uncle did not kill his niece, the mother of his daughter, because he feared she might reveal the crime of his assault. Rather, he knew her public pregnancy had revealed to his entire community in Kuwait that she no longer was a virgin. She had brought shame to the family. That shame could be cleansed only with her blood.

In theory, by Kuwaiti law, the murder carried a death sentence. But at the killers’ trial in 2005, the Kuwaiti courts took pity on the girl’s father who, having lost his young daughter, also feared losing both his brother and his son. Out of sympathy, the judge reduced the sentences to 15 years in prison. No penalty was mentioned for the initial rape.

But such has long been the case in Kuwait, where civil rights often may appear to be more advanced than in other Middle East countries, but where in fact little is ever done to protect women, particularly in cases of sexual or domestic abuse or murder. Now, 16 years later, as men continue to escape penalties for the abuse and even murder of girls and women, a grass-roots organization called “Abolish 153” is working hard to change that. And a new law, implemented in September 2020, may be pushing the fight for justice forward.

Article 153 of the Kuwaiti penal code declares that a man who kills his daughter, wife, mother, or sister after catching her “in an unsavory act with a man” be charged not with murder, but with a simple misdemeanor, carrying penalties of three years imprisonment and/or a fine of 255 Kuwaiti dinars (about $750). This, along with the absence of any laws against domestic violence, has long emboldened men seeking power and control of women in Kuwait, where 53 percent of women experience abuse, and more than half of Kuwaiti women “agree that physical violence is justified as punishment for female adultery,” according to a 2018 study published in the Journal of Interpersonal Violence (JIV). As an anonymous author wrote in Euroreporter, Article 153 is an “antiquated provision [that] excuses and renders justifiable honor killings of women. In so doing, it recognizes the authority of men over their female kin.”

Indeed, Article 153 and the failure to criminalize domestic abuse likely helped facilitate the murder of 35-year-old Fatima Al Ajmi by two of her brothers in September 2020. Although Al Ajmi’s father had approved her marriage to a man outside the family tribe, her siblings did not. The marriage, they said, had “embarrassed the family,” according to the lawyer handling the case for Al Ajmi’s widowed husband.

And so one evening, while the pregnant Fatima sat at home with her 1-year-old child, one of the brothers entered her home and shot her twice, point-blank. Hearing the gunshots from another room, Fatima’s husband rushed her to the hospital. She was placed in the ICU, and security guards stationed at the front door, but it was not enough to keep her safe. A second brother slipped in through the hospital’s side entrance and shot her again four times, killing her.

But Fatima Al Ajmi’s brothers may face tougher sentences than they expected: only weeks after Al Ajmi’s murder, Kuwait passed its first domestic violence legislation aimed at combating domestic abuse and protecting survivors and victims. The law established hotlines and shelters for abuse victims and allows women to obtain protection orders against violent partners or male family. But as a 2021 Human Rights Watch report observed, “it does not explicitly criminalize domestic violence as a crime in itself. It also does not include people engaged in relationships outside of wedlock, including those engaged or in unofficial marriages, or formal partners.”

Still, passage of the Law on Protection from Domestic Violence may help expedite the abolition of Article 153. This, at least, is the hope of the Abolish 153 movement, along with thousands of Kuwaiti women who took to the streets and social media last April following the kidnapping and murder of Farah Hamza Akbar. For a year after Akbar and her parents had rebuffed his marriage proposals, Fahad Subhi Mohammed pursued the 32-year-old single mother with threats. Appeals to the authorities did little good; Mohammed was arrested and quickly released, despite protest from Akbar’s sister, an attorney. And so on April 21, 2020, Mohammed, who had secretly placed a GPS tracker in Akbar’s car, crashed his car into hers as she was leaving home with her daughter and young niece, forcing her to a stop. He then threw her into his own car and raced off. Hours later, he dumped her body, bloodied by stab wounds to her chest, at the door of the Adan Hospital in Kuwait City. She died shortly after.

Despite the tragedy, there may be a silver lining to the Akbar case, thanks in part to the loud protests that followed her death: signs that Article 153 is seeing its last days. Last July, a judge sentenced Fahad Subhi Mohammed to death by hanging.

Yet at the same time, the changed laws are not likely to make a significant difference in the attitudes, values, and ideologies of the Kuwaiti people. According to the 2018 study, “the relationship between age and support for honor violence is highly curvilinear, with support greatest among the youngest adult Kuwaitis and then dropping precipitously before leveling out at around the age of 40 years.” More specifically, “an 18-year-old citizen is more than 40 percent likely to support a law permitting honor violence, but by 25 years of age this estimated likelihood already reduces to below 30 percent. At the age of 30 years, an individual is 23 percent likely to be supportive, and at age of 40 years, the likelihood is a mere 18 percent.” (The study’s authors seem unconcerned that 18 percent of an entire country’s population is still quite a sizably influential number.)

In other words, we may be facing the rise of a generation of Kuwaitis that is more Islamist, more misogynistic, and more accepting of violence than their parents. If so, it is a trend that should concern not only those within Kuwaiti borders, but those of us without: numerous studies have shown links between misogyny and public violence or terrorism, and others have made clear that, in the words of Sex and World Peace author Valerie Hudson,” men who hold that women are inferiors are much more likely to engage in political violence. They are also much more likely to be hostile to minorities and foreigners.”

As Salafist and other Islamist groups gain support in Kuwait, then, the new legislative changes may matter more to women living there than ever, but they may also help keep the rest of the world just that much safer, too.