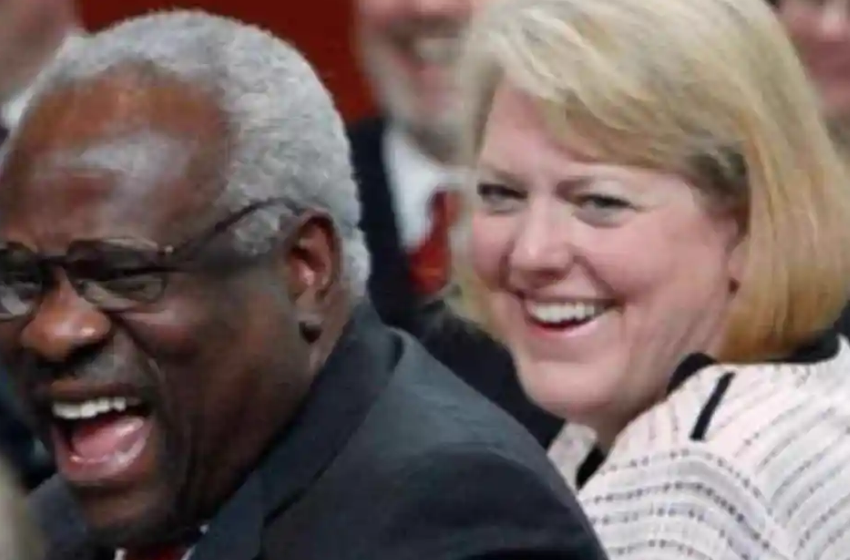 Home of News, Politics & Opinion M Dowling – September 30, 2022
Ginni Thomas testified voluntarily before the Jan. 6 witch hunt committee, having recuperated from her hip replacement surgery. She stuck to her principles and still believes the election was stolen. You can believe that or believe 81 million Americans voted for Joe Biden. It’s irrelevant to this story. Ginni Thomas did nothing wrong and had no information for the Jan. 6 committee.

GINNI’sS STATEMENT TO THE  COMMITTEE

“First, I want to thank the Committee for your patience as I recovered from hip replacement surgery.”

Second, I am here voluntarily to answer questions about my activities regarding the 2020 election, which, I think you will find were minimal and mainstream.”

However, as my counsel has expressed, I am concerned that there may be more than a few questions about my husband’s work, which I do not believe is within the scope of this committee’s jurisdiction.

“Since I was the Nebraska College Republican Chair in my twenties, long before I met my husband in 1986, I have been active in political/public policy work. Moreover, while I have a law degree, I am not licensed to practice law, nor have I ever practiced law, nor have I ever worked on any litigation at the Supreme Court or any court for that matter. I work only in the political lane.”

“As Justice Breyer said this last week, it is 2022 and women can have professional and separate careers from their judicial spouses. Since he became a judge in 1990, my husband has only worked in the legal arena, not politics. I can guarantee that my husband has never spoken with me about pending cases at the Court. It’s an iron-clad rule in our home.”

“Additionally, he is uninterested in politics. And I generally do not discuss with him my day-to-day work in politics, the topics I am working on, who I am calling, emailing, texting, or meeting.”

“I am certain I never spoke with him about any of the legal challenges to the 2020 election, as I was not involved with those challenges in any way. And I know he was completely unaware of my texts with Mark Meadows until this Committee leaked them to the press while he was in a hospital bed fighting an infection.”

“Let me also add, it is laughable for anyone who knows my husband to think I could influence his jurisprudence – the man is independent and stubborn, with strong character traits of independence and integrity.”

Ginni Thomas answered all the questions asked by the January 6 committee, per her lawyer.

Professor Jonathan Turley weighed in on Twitter. “The media is breathlessly reporting that, “Ginni Thomas tells Jan. 6 panel she still believes false election fraud claims,” as if it were a public confession of a reactionary resisting reeducation.

“Ok, so what? Millions of people hold the same view. They have a right to hold that view. There was never any evidence that Thomas participated in any violence and had simply encouraged the White House and other officials to challenge the election.”

[The “so what” is the media wants to make anything Republicans do into a crime.”

Clarence Thomas is trending as Leftist mob tries to destroy him and his wifeJanuary 10, 2021In “Home of News, Politics & Opinion”

Anita Moncrief, ACORN Whistle-Blower, Her Transformation from Democrat to ConservativeAugust 27, 2012In “Home of News, Politics & Opinion”