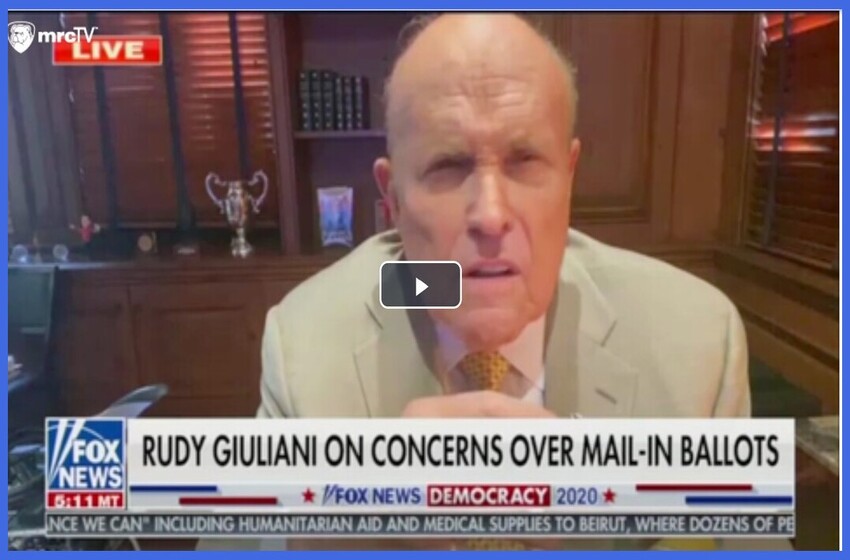 Rudy Giuliani, the former New York City mayor and current attorney for President Donald Trump, has never had a problem telling people how he feels about certain topics, while he firmly believes that he’s also telling it like it is

Rudy Giuliani, the former New York City mayor and current attorney for President Donald Trump, has never had a problem telling people how he feels about certain topics, while he firmly believes that he’s also telling it like it is no matter the question. Every society needs people like that, almost as if they’re acting as a check and balance when things go awry.

During an appearance on “Fox & Friends” Thursday morning, Giuliani was asked by co-host Brian Kilmeade about flaws within the mail-in voting process possibly being Giuliani’s “greatest fear.” Giuliani was quick to answer, saying that this upcoming election is the “most important election” of his lifetime. The former mayor then pivoted, speaking about subversionists within our society that use the cloak of merely being peaceful protesters to mask their true motives.

“We’re either going to remain a free enterprise country, or we’re going to become some kind of a socialist country that Black Lives Matter (BLM) wants, Antifa, [Sen. Bernie] Sanders,” Giuliani said. “[Joe] Biden has agreed with it, and he’s too weak to oppose it. He can’t opposed anything. He looks like he can’t make a decision.”

The 76-year-old attorney then listed all of things the far-left wants and what the U.S. could be headed should said far-left gain power.

We’re headed for pure socialism. We’re headed for the end of private education. We’re headed for a drastic reduction in churches and the ability to go to church. They are dead opposed to the military. They want to do away with the police. This is no longer America. This is some other country. They are literally trying to overthrow our way of life.

Giuliani went on to specifically target the “Marxist” BLM organization and Antifa.

“So far they haven’t said a single word, even with the terrible violence taking place, by Antifa or by Black Lives Matter, both of whom are domestic terrorist groups without any doubt,” Giuliani continued. “And you know who knows that best? African-Americans.”

The former mayor then laid it all out, cut and dry, about how he views organizations like BLM and Antifa.

“Stop the nonsense,” said Giuliani. “These are killers, and these are people who hate white people. They hate white men in particular, and they want to do away with a mother-father family. They don’t think fathers are necessary.

For Giuliani’s full answer, watch below: