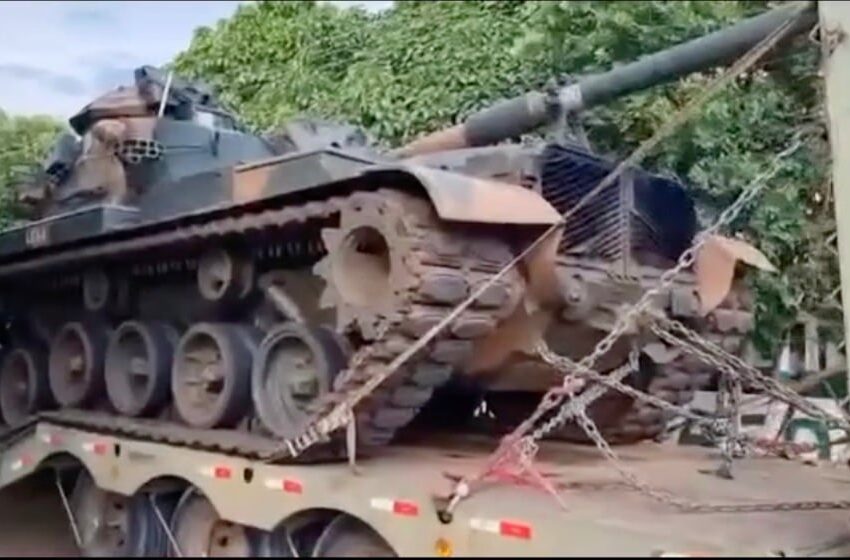 Military vehicles have been spotted mobilizing in Brazil as President Bolsonaro met with military leaders at a ceremony to promote new generals in Brazilía yesterday. “Martial law is coming next week”, says Brazil observer Matt Tyrmand.  Elon Musk noted Twitter may have interfered with Barazilian elections.

“I have sources on the ground saying that the reservists are being activated right now, starting yesterday in smaller and mid-size cities,” journalist Matthew Tyrmand told Steve Bannon on Dec. 2. “You can already see videos of tanks being transported to strategic points and chokeholds around the country. I think by next Wednesday or Thursday, they’re going to put a letter in front of Bolsonaro and say, sign this and activate us. We believe we have to act right now, according to the constitution, and go after these (voting) machines, arrest these judges, and then the house of cards will fall.”

More and more videos seem to show heavy armor, howitzers and APCs deploying throughout Brazil. Millions of Brazilians have been calling for the Army to intervene accoring to Article 142 of the Brazilian consitution to stop Communist convicted criminal Luiz Inácio Lula da Silva from becoming President with the backing of the drug gangs and the CCP.

There are unconfirmed reports of armed forces deploying in cities: