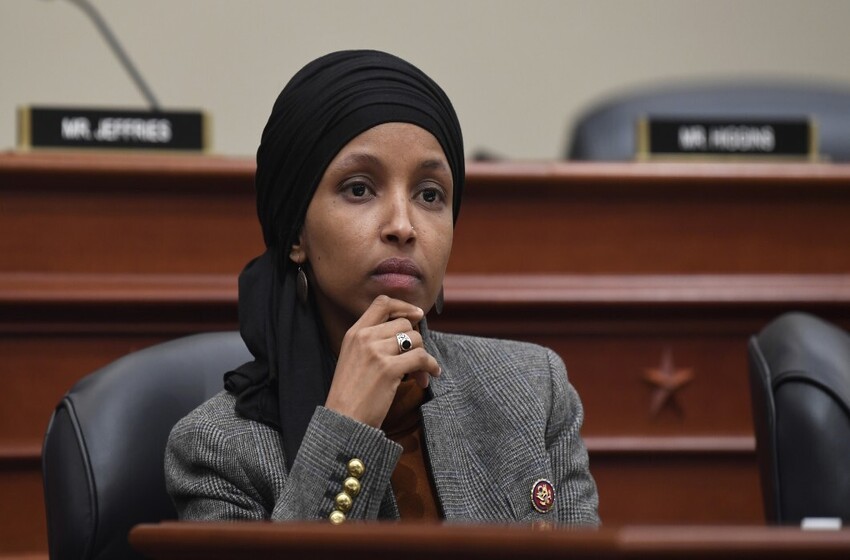 “For too long, lawmakers of both political parties have engaged in the ethically dubious practice of pocketing campaign funds by ‘hiring’ their spouses and laundering the money as campaign-related expenses,” Rep. Tom Tiffany, who introduced the bill with Rep. Mike Gallagher, said in a press release.

“Loopholes that allow members of Congress to funnel campaign funds to their spouses are despicable and erode trust in our government,” Gallagher added.

The bill comes after reports in November found Omar’s campaign had paid her husband’s political consulting firm nearly $2.8 million. All in, the payments accounted for 70% of the campaign’s spending.

Recommended For You
Shattered glass portrait of Kamala Harris erected on National Mall
The four Senate Democrats who have flipped on Keystone XL
In the shadow of glory, a dirty secret: Child sex trafficking at the Super Bowl

Omar has since announced her campaign will no longer work with her husband’s firm.

The two lawmakers who introduced the OMAR Act said they based it on a bill introduced by Rep. Adam Schiff in 2007, which aimed to prevent politicians from employing their spouses on campaigns.

“Regardless of political party, we should all be able to agree that running for political office shouldn’t be part of a family enrichment scheme,” Tiffany concluded. “Passing the OMAR Act will help restore public confidence in Congress and stop politicians from effectively pocketing their campaign funds.”

Omar’s office did not immediately return the Washington Examiner’s request for comment.