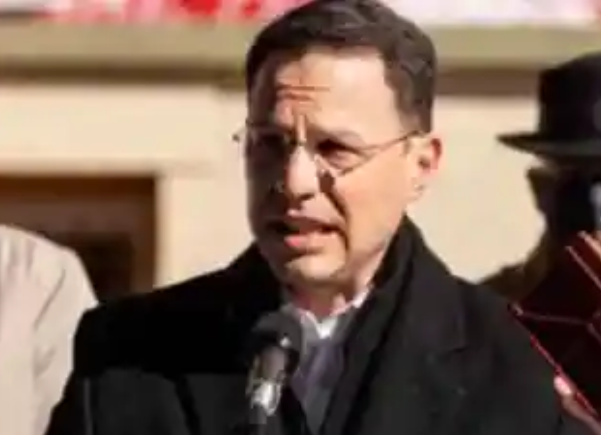 NOW THOSE WHO VOTED FOR HIM SEE WHAT HE IS. BIDEN IS HIS MASTER

According to Jeff Flock on FOX Business Network, brand new Pennsylvania Gov.Shapiro will crack down on the state’s energy sector. He’s with the Biden administration 100%, and Pennsylvanians voted for their demise. Shapiro isn’t even in the office, and he’s planning the death of the energy sector.

As Attorney General of the state, Shapiro investigated fracking companies in the state, which resulted in charges against a couple of drilling companies. He’s going to build on that. They are his targets.

Pennsylvania is one of the largest fossil fuel producers in the U.S, accounting for 9% of the country’s total natural gas production. It’s also the third-largest provider of energy to other states and the fourth-largest carbon dioxide emitter.

Unfortunately, the hyped-up, exaggerated climate change scare has affected voting patterns. Without using any critical thinking skills, they’re willing to vote for someone who will destroy energy with nothing to replace it.

The new governor pledged to adopt the recommendations of a grand jury report he commissioned as attorney general that suggested expanding “no-drill” zones, requiring disclosure of fracking chemicals before they are on-site, regulating smaller pipelines, and conducting “comprehensive health responses” to the effects of living near fracking sites.

In a plan on his campaign website, Shapiro said he would invest in the research, development, and design of zero-carbon technologies such as nuclear, hydrogen, and carbon capture, efforts he says would support business and job creation.

Invest? Don’t you need money for that?

Carbon capture is a gimmick the state can use to take over farmland.

He similarly has said he would focus on growing clean energy. On his campaign website, Shapiro said he would raise the 2030 renewable or clean electricity production target. The current goal of 8% will go to 30%. It will reach net-zero emissions by 2050.

Pa.’s Marcellus Shale Is on the EPA Hit ListMarch 5, 2012In “Home of News, Politics & Opinion”