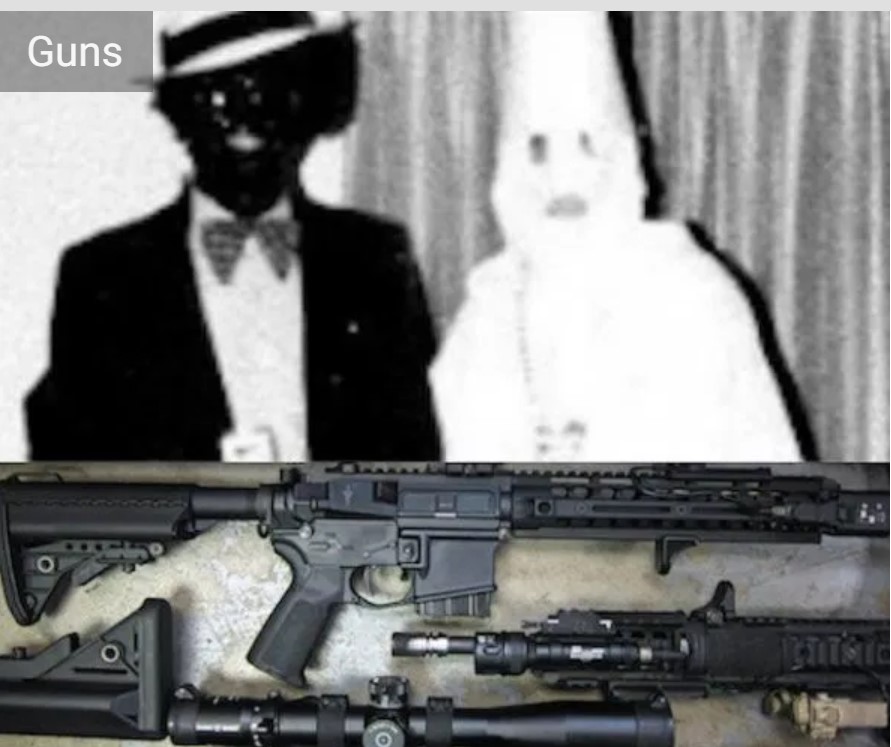 Virginia Governor Ralph Northam was busted for his racist past including moonwalking in blackface, but he’s a democrat so liberals don’t care. Last week the both houses of the Virginia state legislature flipped from red to blue so with democrats in complete control of the state they are gearing up to shred the 2nd Amendment. Northam’s first order of business is to pass extreme anti-gun laws like an assault weapons ban with a likely confiscation. I don’t know if it’s irony or just a snarky headline, but the blackface governor is getting ready to confiscate black rifles in Virginia.

Earlier this year, with Republicans in control of the Virginia state legislature, governor Northam called a special session to pass gun control laws. The Republicans quickly adjourned this special session because they actually respect Virginians’ right to keep and bear arms. Now that the democrats have seized control, there’s nothing stopping them from seizing guns.

The New York Times brings this nugget of tyranny:

Mr. Northam said the eight bills he introduced in the aborted session would be the first ones out of the gate when the new General Assembly majorities meet in January. They include universal background checks, a ban on assault rifles and high-capacity magazines, limiting handgun purchases to one a month and a so-called red flag law to let a court remove weapons from people who pose a threat. He has not ruled out confiscating assault weapons from gun owners.

Not that any of this sounds good, but that last line should be of great concern to the gun owners of Virginia. The fact that Northam hasn’t ruled out confiscating guns almost certainly means that he intends to confiscate guns.

What the hell has happened to this once-conservative state? I actually grew up in Virginia and I remember it being a bunch of gun-owning God-fearing commie-hating proud Americans. Now it seems indistinguishable from New York or California. I still have friends back there and they tell me the place is overrun with illegal aliens and third-world scumbags and refugees. Apparently diversity really means losing our Constitutional rights.

Actually, I did find some irony in this story. My very first firearm was an AR-15 I purchased in Fairfax County, VA. I then moved to California with the rifle prior to the state’s “assault weapons” ban. My AR was grandfathered in and I still have it to this day. I have a legally-owned AR-15 in the gun-banningest state in the country, but if I stayed in Virginia I would run the risk of having it confiscated. Virginia is actually worse than California, or at least they are headed that way.

I don’t support gun control of any kind and I do not want to see the people of Virginia subjected to it, but part of me wants to see these A-hole democrats actually attempt a gun confiscation. The resulting catastrophe would serve as a powerful reminder that prohibition never works out as planned and that Americans still value their Constitutional God-given rights.

If Ralph Northam wants something black and scary to ban, how about a law that anyone who moonwalks in blackface is banned from holding public office?