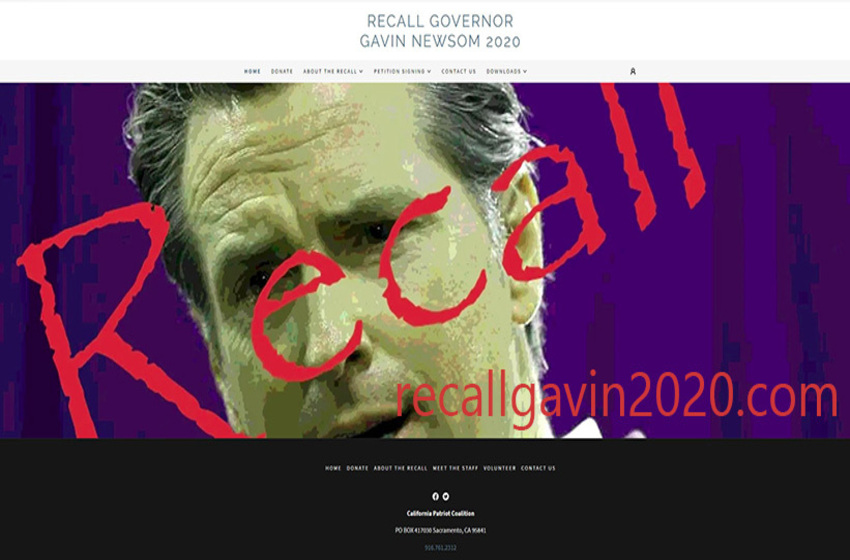 Earlier this month the effort to recall Gavin Newsom was officially ended. As reported in the Times of San Diego on March 17, “Last week, the California Secretary of State’s Office informed recall activists that their petition effort to oust the Democratic governor had failed.

A year earlier, an initiative to repeal California’s gas tax made it onto the ballot, only to be defeated in the general election of November 2018. These represent two significant failures on the part of populist conservative reformers in California. But the story of these two failed attempts at change should not dishearten activists.

The ability for underfunded, technologically savvy groups of activists to use the initiative and referendum process to attempt fundamental change in California is a mega-trend that has just begun. It represents an existential threat to California’s ruling establishment. Without major donors, without support from political parties or the media, a movement has formed that does not yet realize its power.

The Recall Gavin petition drive was an uphill battle, operating with no money and relying exclusively on volunteers. Within 150 days they had to attempt to gather a daunting 1,495,709 signatures. They ended up collecting a gross total of 352,271 signed petitions, of which 281,917 were verified and valid. This may not have been nearly enough to put a recall onto a statewide ballot, but it is nonetheless an astonishing and record-setting achievement, because they did this with nothing. No significant donations. No professional signature gatherers.

The Gas Tax Repeal in 2018, launched by former San Diego councilman Carl DeMaio, was a hybrid effort, enlisting the support of volunteers as well as hiring professional signature gatherers. But DeMaio’s pioneering tactics, which utilized volunteers not only to gather signatures but also to verify signed petitions, permitted his organization to negotiate nonexclusive arrangements with professional signature gathering firms, and ultimately brought the total cost to qualify the initiative down to a fraction of what a conventional effort would have cost.

Grassroots Initiatives Enabled by Technology Are the Future

Change in California is not coming from the state legislators, who are controlled by the overwhelming power of public sector unions in an alliance with left-leaning billionaires and compliant corporations.

Apart from the unlikely entrance of a maverick billionaire into the fray, cases where California’s business sector fights this alliance are rare. While private sector interests do have some fight left in them – the upcoming campaign against the split-roll initiative and the effort to repeal portions of AB 5 are examples – for the most part the fights they choose are defensive, and the strategy they prefer is compromise and tactical retreat.

What California’s state legislators and elite power structure have not reckoned on, however, is the growing potential for activists, linked together and coordinated using online resources, to put transformative initiatives, referendums and recalls onto the state ballot. There are millions of Californians who feel completely disenfranchised by California’s political establishment who can now be mobilized using online assets. Compared to past election cycles, the cost today to do this is negligible.

Organizations that worked on the Newsom Recall and the Gas Tax Repeal remain active, and are launching new campaigns. One of the spin-off groups from the recall has launched the California Patriot Coalition and is on the verge of circulating a 2nd petition attempting to recall Newsom. Another spin-off, the Restoring America Now Action Fund, is actively moving towards circulating a petition to recall Xavier Becerra, and has announced plans to launch additional recalls of top state elected officials. DeMaio’s Reform California organization remains active and could become involved in new initiative efforts.

The technology to allow registered voters to download, print, sign, circulate, and even verify signatures is already present. Even ten years ago, such a comprehensive set of online assets would not have been feasible, but a lot has changed in a decade. Today, virtually everyone, including senior citizens, are online and know how to navigate a browser to download and print a document. Today it is possible – at zero cost – to shoot an instructional video with a smart phone, then upload it so anyone can watch it. Today, social media platforms such as Facebook and Twitter are used by tens of millions of Californians, making it possible for powerful groups to form virtually overnight and, and at no cost, get directed to websites that will assist them to download, print and sign ballot petitions.

An example of the power of social media can be found in the latest recall Newsom effort led by the California Patriot Coalition, which has created Facebook groups dedicated to the recall in every county in California. Anyone interested in trying again to recall the governor can go into Facebook, search on the term “Recall Gavin 2020,” and the main page will come up. Members can then be directed to the site for their particular county. Tens of thousands of Californians have already joined these Facebook groups.

It is easy to overstate the difficulties of doing something as radical as putting a half dozen or more initiatives onto California’s state ballot by November 2022. But while the professional consultants who advise activists to only try for one or two initiatives are not necessarily right, there is a limit. How many petitions shall a volunteer circulator be asked to carry? How many petitions shall a supporter be asked to download, print and sign? It is safe to say that fewer than three would be too few, but more than ten would almost certainly be too many. A consensus must form around roughly a half-dozen measures, and that won’t be easy.

One obstacle, if the goal is not only to make the ballot, but to win, is to avoid initiatives that are divisive to the voters. That is not to suggest avoiding initiatives that will trigger fierce institutional opposition. An initiative to reform union work rules, as attempted by the Vergara case which lost on a technicality, would arouse the full resources of the teachers union in opposition. That’s fine. But avoid initiatives that split California’s electorate into two bitterly opposed camps. We all know what those are. Steer clear of them. And that, too, will not be easy, because often the most committed and effective activists are those who care about one and only one issue. Their support is required. They must be respected and convinced to be part of a broader movement.

Another obstacle, perhaps the biggest, is to avoid diluting efforts. Across the state, there are groups of potential volunteers that want to be part of something big and are ready to support it with their individual donations and volunteer time. But which something? Will it be the recall Becerra effort, or the 2nd recall Newsom effort? And as the calendar winds its way into the 2022 election cycle, with several attractive reform initiatives being circulated, which one will they support?

The solution here is also not easy, but it is necessary. The grassroots, statewide groups of volunteers that intend to circulate reform initiatives will have to cooperate with each other. There are a few levels of cooperation, and the higher the level of cooperation that can be achieved, the better. Below are some ideas.

1 – At the very least, statewide groups cannot put out competing initiatives that both accomplish the same goal. During the recent Newsom recall effort, two groups were circulating a two separate petitions. This created confusion among potential supporters. In a different set of circumstances in the future, duplicate petitions might destroy the chances of either to succeed.

2 – The next level of cooperation would be for the various county organizations that are set up to receive and verify signed petitions to cooperate with each other. This could be via an agreement between the statewide groups sponsoring them. For example, the California Patriot Coalition already has active networks in every county. DeMaio’s network of county organizations can presumably be activated at any time. The Restoring America Now Action Fund has announced the intention to mobilize organizations at the county level in the near future. What these statewide groups can do, along with not launching duplicate petitions, is to promise to forward signed petitions that one county group receives by mistake, to the correct county group. If that is impractical, then they can exchange with each other a single statewide address, and agree to forward petitions to the correct statewide group. This will prevent any petitions being lost.

3 – The ultimate level of cooperation would be for the statewide groups to share the resources of their county volunteer organizations. This could work on a county by county basis. But if, in a particular county, the volunteers for one statewide initiative effort have a backlog of thousands of signed petitions they need to verify, and in that same county, another statewide initiative effort has over-capacity because they have more volunteers available than petitions requiring verification, they could assist the other group. This would reassure volunteers that they aren’t in the wrong place. It would let them know that regardless of which organization they support, they will still be part of a unified effort to transform California.

Another way to cooperate would be to share online code. While the websites and databases necessary to run these efforts have already largely been built, each organization has online strengths and weaknesses. Sharing best practices would go a long way towards shortening the learning curve, and could spell the difference between success or failure for some efforts.

To coordinate a cooperative effort, the California State GOP could get involved, once their focus on November 2020 is behind them. But grassroots reform can occur with or without the CAGOP. In some respects, if the groups pushing these initiatives avoid extreme propositions that divide the electorate, it might be better for them to remain totally nonpartisan. Reforming public education, restoring law and order, rewriting CEQA for the 21st century, financing new water and transportation infrastructure, and saving the pension funds are not partisan issues, nor are they extreme. They are populist issues with broad support from Californians of all types.

Technology and populism can align to allow ordinary Californians to fix their broken state. California is ripe for a fundamental political realignment, and for the first time, California’s grassroots voters can take matters into their own hands.

Edward Ring is a senior fellow of the Center for American Greatness. He is a co-founder of the California Policy Center, a free-market think tank based in Southern California, where he served as their first president. An earlier version of this article originally appeared in the California Globe.