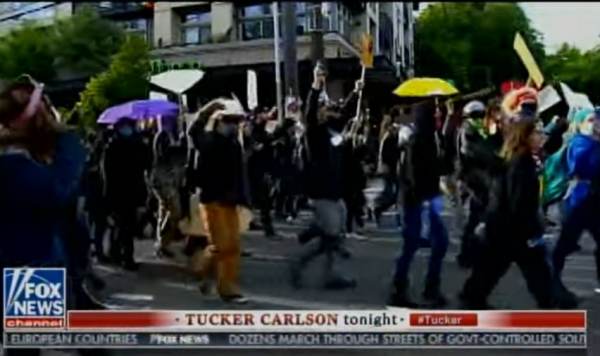 CHAZ was a creation of Antifa-Anarchists and Black Lives Matter protesters following the mass protests of last week.

On Friday night Tucker Carlson ran a tourism ad for the nation state of CHAZ.

For the record — the Cancel Culture is going after Tucker Carlson for his honest reporting on the violent and destructive left in America.