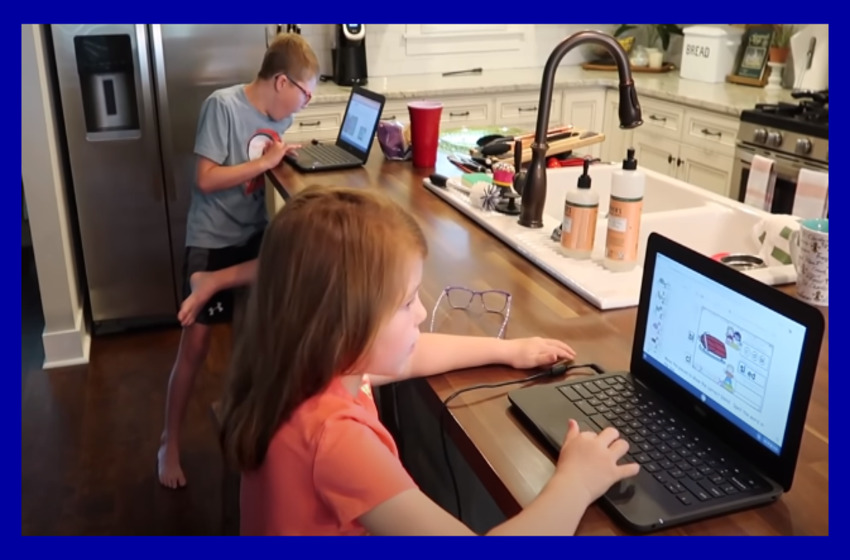 Some folks have had enough with snotty parents who want to exercise some autonomy over their kids’ education. Harvard Magazine decided to take shots at parents who homeschool their kids, because how dare those fools not allow a massive portion of their kids’ formation to be dictated by the government.

Titled, “The Risks of Homeschooling,” Harvard Mag’s recent piece was an attempt to guilt-trip parents who exercise school choice. Look, even though many public schools are underfunded, won’t touch religion, promote leftist ideology like transgenderism, and inflate grades etc, the real danger is keeping your kids home.

The outlet rolled out the statistic that nowadays, “3 percent to 4 percent of school-age children in the United States” are homeschooled and trotted out Elizabeth Bartholet, the faculty director of Wasserstein Law School’s Child Advocacy to declare the need for “a presumptive ban on the practice.”

Bartolet argued that homeschooling detracts from a child’s “right to a meaningful education,” their right to “be protected from potential child abuse,” and may keep them “from contributing positively to a democratic society.”

Bartholet’s main insecurity driving her argument is that there’s an “unregulated regime in the area of homeschooling.” Yeah, you know, Uncle Sam isn’t in there to dictate every element of what’s being taught, thus there’s no guarantee that kids are receiving a good quality education. The mag provided context saying, “Only about a dozen states have rules about the level of education needed by parents who homeschool.”

According to Bartholet, “That means, effectively, that people can homeschool who’ve never gone to school themselves, who don’t read or write themselves.” Yeah, there’s a nice presumption there. Parents and kids who homeschool are just dumber, though Harvard Alum Melba Pearson rebutted the claim in an article for Medium. She referenced stats showing that homeschool students “test approximately 30% higher than the national public school average in all subjects.”

The piece then laid out her argument that homeschooling “isolates” children from their community, and that this is especially problematic for kids who suffer abuse in the home. Though Harvard Mag didn’t put up any statistics to show that this is a common phenomenon.

Still they cited Bartholet who lamented that “not one of the 50 states requires that homeschooling parents be checked for prior reports of child abuse.” While it’s true there are outlier families who mistreat their kids, that’s not enough justification for the government to step in on individual families in general. By the same argument you might institute a background check for all parents who seek to even have kids.

Another point reveals some animosity for Christian conservative parents — whom the article states constitute the majority of homeschoolers — saying that “these parents seek to remove their children from mainstream culture.” Harvard Mag wrote, “Bartholet notes that some of these parents are ‘extreme religious ideologues’ who question science and promote female subservience and white supremacy.” Oh, there it is. Harvard Mag thinks misogyny and racism are Christian values.

That, coupled with another of Bartholet’s complaints that the “absence” of regulation in homeschooling is a threat to “community values, social values, democratic values, ideas about nondiscrimination and tolerance of other people’s viewpoints,” reveal that these lefties are just afraid of Christian values or just general conservatism continuing to exist in society. And to think they’re appealing to democracy? It’s obvious they’re arguing for the destruction of free speech and want liberal groupthink.

MRC Culture cuts through the leftist propaganda and exposes the media’s liberal bias, bringing the truth to the American people.

Donate today to help MRC Culture continue to document and expose liberal media bias. $15 a month goes a long way in the fight for a free and fair media.

Sign up for MRC Culture’s Culture Links to receive the latest news.