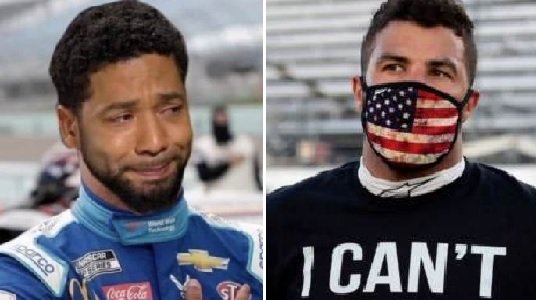 Hoaxer Bubba Wallace pulled a Smollett on Tuesday night after the FBI completely busted his a$$ earlier in the day.

Earlier Tuesday the FBI released a statement on its investigation at the Talladega Superspeedway “noose” and determined that Bubba Wallace was not the target of a hate crime.

It was a knot in a door rope that had been hanging there for several months! Before Bubba ever moved into the garage.

As The Gateway Pundit suspected, there was no noose.

“The FBI learned that garage 4, where the noose was found, was assigned to Bubba Wallace last week. The investigation also revealed evidence, including authentic video confirmed by NASCAR, that the noose found in garage number 4 was in that garage as early as October 2019,” the FBI said in a statement.

In other words, the garage door pull rope wasn’t imagined as a noose until a racist narrative needed to be pushed out to the public.

Cristina Laila and The Gateway Pundit called it out as another hate hoax in our first report on the incident.

Here’s a look at the door knot. 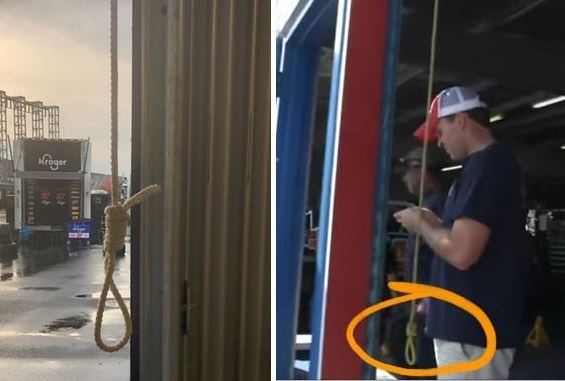 Bubba sat down with Jesse Watters for an interview that will air on Saturday night.

During the interview hoaxer Bubba Wallace said he would do it all over again.

NASCAR driver Bubba Wallace does not regret issuing a statement on the incident in his garage, insisting in an interview set to air on Saturday, “It was a noose.”

“Everybody has seen the image now,” Wallace said, according to a transcript of the interview with Fox News host Jesse Watters airing Saturday night. “So, to say we would go back and do things differently, I don’t think so. Maybe word things differently, yes but I would launch an investigation. I would follow NASCAR’s judgement on it again.”