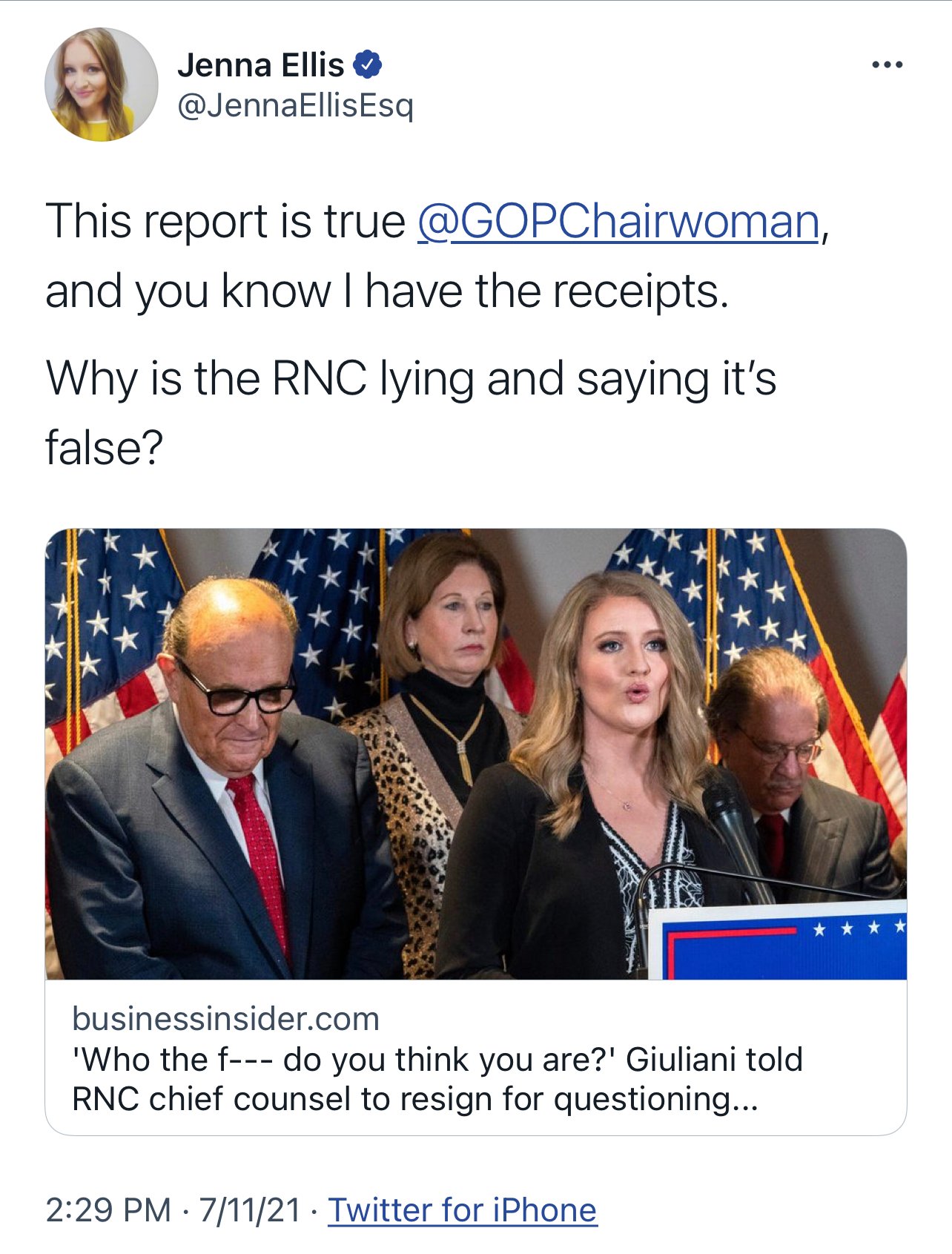 Riemer was questioning why his RNC party colleagues were supporting President Trump’s allegations of voter fraud.

The email was texted to Trump attorney Jenna Ellis who passed it on to Rudy Giuliani and Bernard Kerik.
Again — this was in November! The RNC had already moved on.

On Sunday former Trump elections attorney Jenna Ellis tweeted out that the information was true that the RNC stabbed President Trump and his attorneys in the back and that the RNC is lying by pretending it was false.

So Jenna hit back.

Update. I guess she doesn’t want to be confronted about the RNC lying.#RonnaMustGohttps://t.co/lUZUKpuXpNpic.twitter.com/qHdloHUriQ

But Jenna was not finished and added this on the RNC’s lying about supporting President Trump.

Let’s get the truth out: the RNC is corrupt and full of self-interested liars. #RonnaMustGohttps://t.co/LAbJwLStjy

And Bernie Kerik, who has intimate knowledge of this RNC email, also called out the RNC.

⁦@Justin_Riemer⁩ sent out an email bad mouthing the President’s legal team telling his colleagues that the RNC makes more money opposing Democrats, than soliciting funds for a legal defense.

He didn’t give a shit about the president.
https://t.co/RMsPBbCnZV

And everyone knows the RNC has also been AWOL on the Arizona Audit.

I stand with @[email protected]@BernardKerik and President Trump. The RNC supports pride month and backstabbed the tens of millions of Trump voters during the election integrity fight. Now Ronna is pretending to care about election integrity. We can do better! https://t.co/zrXHCJi3ut