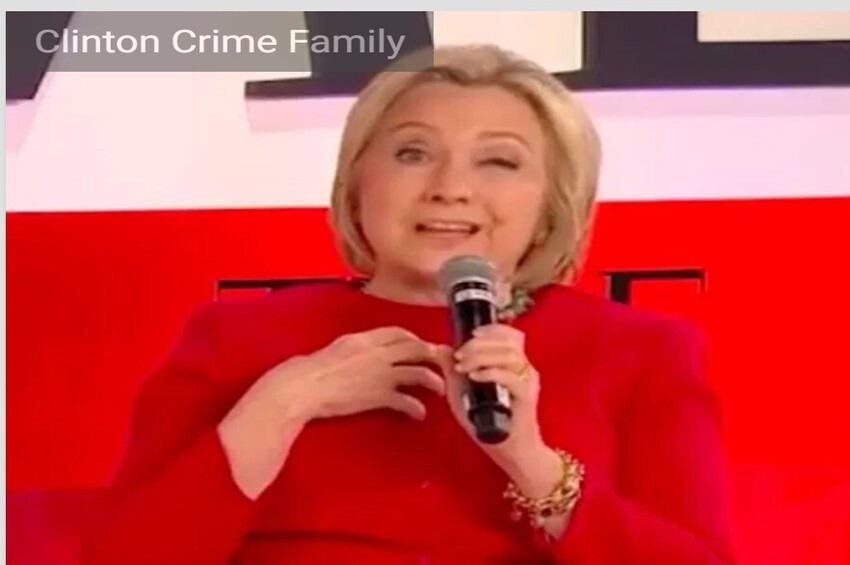 If lacking self-awareness was Electoral College votes, Hillary Clinton would have won in 2016 by a landslide. Her latest episode proving she doesn’t own a mirror has her saying that attacking women politicians is “destructive and toxic” just weeks after she attacked female politician Tulsi Gabbard, calling her a “Russian asset.” This is right up there when Hillary, who is married to a serial rapist, said victims of sexual assault have a right to be believed.

“I think [the Russians] got their eye somebody who’s currently in the Democratic primary and are grooming her to be the third-party candidate. She’s a favorite of the Russians. They have a bunch of sites and bots and other ways of supporting her so far,” Hillary said of Gabbard.

Reuters reports that Hillary gave this speech in the UK over the weekend:

Women in the public eye still face scrutiny over their looks and pressure to behave politely and meekly in a way that men do not, said Clinton…

Her comments came after a number of female members of parliament in Britain announced they would not stand for re-election at a Dec. 12 general election, citing abuse on social media including rape and death threats.

“I do think there is a reaction to a lot of the success of women and the roles of women right now,” Clinton told an audience at the Southbank Centre’s Royal Festival Hall in central London.

“And I think social media has lit that up, in a very destructive and toxic way. People may have thought a lot of things in the past but now it is amplified and it is viral,” added Hillary.

The Clintons have developed a technique for spewing BS that makes whatever they say technically true and/or excuses them from hypcrocy. They came up with the system in case they would ever have to testify under oath about something they said, which happens a lot more than it it does for regular folks.

Lastly, and most importantly, Hillary Clinton is a democrat so anything they say doesn’t apply to themselves. When democrats says “we” have to pay more taxes, sacrifice more rights, or behave differently they never mean for that stuff to apply to themselves. It’s part of their world famous double-standard, so Hillary skates on the liberal carve-out clause.

In related news Tulsi Gabbard is demanding an apology from Hillary for calling her a Russian asset as reported by The Hill:

Lawyers representing Rep. Tulsi Gabbard (D-Hawaii) on Monday called on Hillary Clinton to retract her comments alleging that the 2020 presidential candidate was a favorite candidate of the Russians, accusing the 2016 Democratic nominee of defamation.

“Your statement is defamatory, and we demand that you retract it immediately,” Gabbard’s lawyer wrote in a letter, demanding that Clinton verbally retract the comments and post the retraction on Twitter.

Will Hillary’s reaction to this be: A) Publicly apologize, B) double-down on the accusation, or C) have Gabbard killed in a way that kind of makes it look like a suicide?