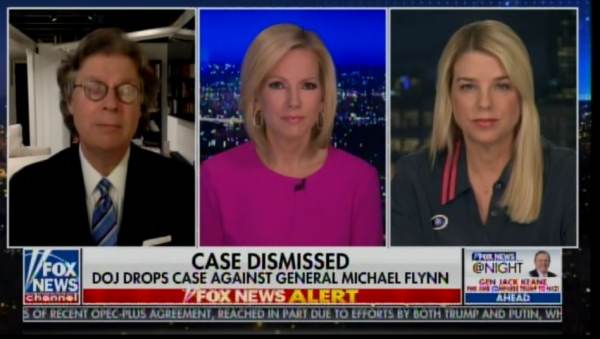 ** Then Ed Henry broke the news tonight that DNI Richard Grenell walked a “satchel of documents” over to the Department of Justice on Thursday. Henry says the satchel contained more transcripts that may be released on Friday.

Now tonight Shannon Bream informed her audience that there is MUCH MORE coming next week including a “bombshell” from the intelligence community.

Shannon Bream: And I am told tonight there is MUCH MORE coming next week and it was described to me as “a bombshell.” So if you thought your head was spinning today stick around for that. We’re waiting the Durham Report as well. There will be much more to analyze and break down.