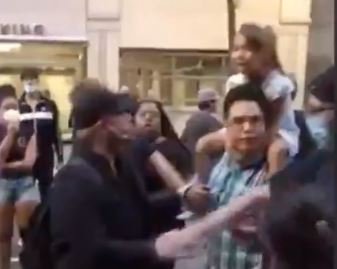 This is just horrific!

A child cries out in terror in this video as rioters launched bricks and rocks through a walkway glass at Houston’s children’s hospital.

The mob then turned on her father’s car parked nearby.

CHILD TERRORIZED BY “PEACEFUL PROTESTORS” AT A CHILDRENS HOSPITAL IN HOUSTON….

Child cries out in terror as rioters launch bricks & rocks through walkway glass at children’s hospital then turn on her fathers car parked nearby#GeorgeFloyd#Terrorists#VoteRedtoSaveAmericapic.twitter.com/ko82R3Camt

Via Morgan Roberts on Faceook.