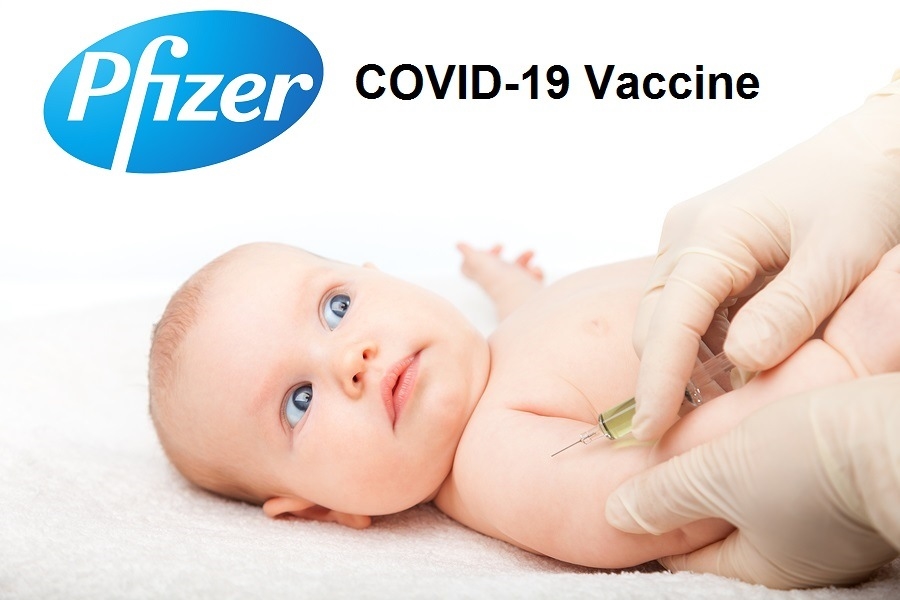 People are increasingly coming to independent journalists for help and answers to their medical problems after they feel they have been failed by both their political leaders and medical professionals while being neglected by the mainstream media.  I always preface these conversations by telling them:

“I am not a doctor but I am also not an idiot.  My mother was a registered nurse of The Ohio State University graduating in just 3 years going year-round for the war effort.  She graduated at the young age of 20 going through high school and college in just 3 years each.  My father was one of the first fireman EMTs and paramedics of Illinois so he was no slouch in the medical knowledge department either.”

This month of July I had a lady we will call “Plymouth” for this article come to me and tell me how she was required to get Covid-19 vaccinated to both keep her job with the state where she lives as well as to continue in college for her Master’s degree.  Her body did not react well to the shot.  Matter of fact, it made her very sick on multiple occasions since receiving it and she feels it could eventually kill her.  She wrote to all of her state political leaders and none of them responded with answers for her new dilemma.

What was most interesting and telling about what this young lady has gone through is this; Everybody is angry with the American Medical Association (AMA) for their collusion with Dr. Anthony Fauci and the CDC in not speaking out to expose the truth about the supposed Covid-19 vaccines, they are neither safe nor effective.  But the response she got from her university makes one ponder if the American Bar Association also isn’t negligent as well.  Take this example from a letter she received from her university where she is in graduate school.

“Thank you for your message.

The decision to require a COVID-19 vaccine is part of our ongoing and successful response to and management of the pandemic on our campuses. The decision was made with great care and concern for the health and safety of our entire community with extensive guidance from our Medical Response Team as well as from an additional team of medical and public health experts.

Legal counsel for the university was also consulted and advised that it is legal to require vaccination with COVID-19 vaccines, which have received authorization from the FDA through the Emergency Use Authorization process, and both the FDA and the Science Advisory Board have authorized the use of these vaccines.

I understand you have objections to this requirement and wish you all the best as you make decisions moving forward.  Our primary goal has been and will remain to protect the health and safety of our campus and the broader community.”

This response is one lie after another from start to finish!

If they were pressed, they would be able to produce evidence that their vaccination requirement was part of a successful response and management of the pandemic.  The decision was not made with great care at all.  It was made following the “Fauci Protocol”.

As far as legal counsel and the FDA as an out…

Many lawyers today are now saying that anybody (public or private) that has been required these vaccinations as part of continued employment or school attendance may now be able to hold these employers and institutions liable as it is evident fraud was perpetrated. Big Pharma in their presentation of data related to the vaccines safety and efficacy.  In other words, if you lie about the product, the product liability waiver by Congress comes off the table.  Also, some lawyers, such as Thomas Renz of Ohio, have held that the vaccines were illegal and unconstitutional all along.  His reasoning is they have never been accompanied by an “informed consent” form for the patient to sign off on related to possible adverse reactions.

The way this “essential” and very ambitious young lady, Plymouth, has been treated has been nothing less than a national disgrace!  She had her own personal doctor advise her with her health background he did not want her to receive the vaccine.  But she had to and soon thereafter had health-related adverse reactions.

“I am writing again regarding (my university’s) vaccine mandate. I am sure you are aware, but I have come across several articles regarding heart inflammation in young adults ages 16-24 after receiving the second dose of the Pfizer and Moderna vaccines. This comes on the heels of the halt of Johnson and Johnson vaccines due to increased risk of blood clots. This is why I am so strongly opposed to mandatory vaccinations, especially in cases like mine where my medical exemption, while from a medical professional, did not meet their criteria so they denied it. Even though they accepted my religious exemption, most of these students are forced to be exposed to these risks that have not been studied long term and vaccines that keep coming under fire for potentially fatal or long lasting side effects. I believe now more than ever that this decision should be one not made lightly between an individual and their medical professional, not by a school and a board of medical professionals who have no medical history or experience with the students filing the exemptions.”

Her protests were dismissed.

As an interesting aside, I used to donate money to both my alma mater as well as the college I retired from until both of their boards made the vaccinations of their students mandatory.  Now I donate to neither!

If this first story of a young woman Plymouth was not upsetting and disgusting enough, the second one related to an older man is worse.

I had a man we will call “Rochelle” visit with me just this week. He is a small business owner nearing the end of his career as a professional. In December of last year he came down with double pneumonia after starting to feel sick around Thanksgiving. Like so many others Tony Fauci does not talk about his symptoms were more about being tired and weak rather than loss of sense of taste and smell.  The big tell with so many of these patients are their blood oxygen count falls dangerously low.  Were Fauci a real medical doctor who really cared about the American people, he would suggest all Americans get one of these $25 pulse oximeters for home use.  He has not done that.

How can I make such a disrespectful insulting statement to such a famous doctor of all American doctors?

Something else Fauci never tells the public; Just like the gain-of-function HIV and AIDS viruses Fauci had his hands in back in 1979, nobody dies of Covid-19 just like nobody dies of HIV/AIDS.  One hundred percent of people diagnosed with either of these Fauci related gain-of-function viruses end up dying pneumonia in the end!  In other words, they are both engineered to compromise the immune system whereby the lungs fail.

So, getting back to my old friend Rochelle… He gets put in a big city hospital where they inform him he is probably going to die there.  (Seems less than professional to me since he was denied having any family there to help him cope with such dire news.)

Rochelle has oxygen tubes in his nose and later transitions to a high flow mask.  They inform him they may want to vent him (put a ventilator on him) and he tells them, “Yeah, that is not going to happen!”  The doctors and nurses are negligent in their care of him to the point he does not get a bed bath in the two weeks he is in the hospital!  He had a tube come out of his oxygen system at one point and he struggled to get it back and had to call the nurses.  Their response was, “We will be there in a few minutes.”  He counted.  It was six minutes!

So Rochelle gets better in two weeks but they still do not want to release him as they kept raising the bar as to what his blood oxygen level had to be for him to be released.  He wound up telling them the day he was getting out as his wife was coming to get him.  Interestingly, they never told Rochelle if he was Covid positive or cured.  All they told him was he had “double pneumonia”.  In defense of the hospital, they did send bottled oxygen home with him to complete his recovery process.

He told me he improved much faster after a hot shower and his wife again by his side.

Soon after this protocol began honest doctors and nurses leaked news that only 1 in 10 people put on a ventilator with Covid-19 survive.  In other words, being put on a vent was a death sentence for these people.

Another part of the Fauci Protocol that could prove problematic for the health of future Americans is many of them were given Remdesivir. Remdesivir is now believed to be linked to kidney failure in many who have taken it as part of the Covid-19 cure.

What is most interesting is a press release from the FDA dated October 20, of 2020 reads:

This means, like the vaccines to come after it, Remdesivir went through very little (if any) field testing, relative to its safety and effectiveness for treating Covid-19 or anything else.  This makes it unlike Ivermectin or Hydroxychloroquine that got rave reviews from patients who took it all over the world with zero reported deaths thereafter.  No doubt Remdesivir was never peer reviewed much like the 4 (supposed) vaccines of Tony Fauci which were never peer reviewed in an interesting break from traditional scientific practice.

And speaking of the American taxpayer getting bilked by the “Fauci Protocol”, a Covid-19 survivor informed me just recently the cost of the initial Remdesivir injection dose was $7,200 for the first shot and $3,600 for each of the next 4 required shots thereafter.  WTH?!

Too bad we no longer have real journalists with the stones and a spine to question Tony Fauci where his Remdesivir peer review documents are after he lectured us all how we are to “follow the science”.

So what can be done for folks like Plymouth and Rochelle other than offer them our thoughts and prayers?

I turned them on to some alternative news sources dropping a website with a series of names:

How bad is my (vaccine) batch? – HowBad.Info

As more and more vaccinated medical doctors are reportedly becoming suddenly sick in Canada along with airline pilots of America, it is this journalist’s opinion that the dam is about to break very soon relative to the truth coming out.  The increased frequency of these adverse events and the threat to public safety will make this a story difficult to contain for even the most biased and negligent of news media.

The one question many of us would like Tony Fauci to answer is this;

Why are we all supposed to be losing our minds and throwing all these tax dollars at snake oil cures for a virus that has a mortality rate of less than one percent?!

Mark S. Schwendau is a retired technology professor who has always had a sideline in news-editorial writing where his byline has been, “Bringing little known news to people who simply want to know the truth.”  He classifies himself as a Christian conservative who God cast to be a realist.  Mark is an award-winning educator who has published 7 books and numerous peer-reviewed trade journal articles some of which can be found on the Internet.  His father was a fireman/paramedic while his mother was a registered nurse.  He holds multiple degrees in technology education, industrial management, OSHA Safety, and Driver’s Education.  His personal website iswww.IDrawIWrite.Tech.

Steve Kirsch Proves the Covid Cures are Worse than the DiseaseJune 13, 2022In “Columns”