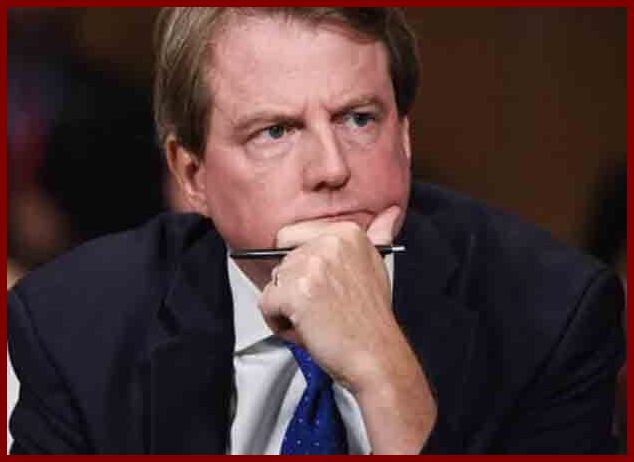 “The House hinted Friday that it might have to arrest former White House Counsel Don McGahn and other Trump administration officials to force the federal courts to decide whether congressional subpoenas can be enforced against current and former executive branch officials,” Roll Call reported.

Lawyers for the House Judiciary Committee made the statements in a petition to have the full U.S. Court of Appeals for the District of Columbia Circuit rehear its lawsuit to force McGahn to testify as part of a probe into the actions of President Donald Trump.

Okay, We’ll Arrest Them Then

Last week, a three-judge D.C. Circuit panel ruled that Congress doesn’t have the right to have courts enforce its subpoenas, and instead pointed to political tools the House could use.

The House lawyers wrote Friday that those tools “only invite further constitutional brinkmanship and are poor substitutes for judicial subpoena enforcement,” such as using Congress’s inherent contempt power to arrest officials who could then bring legal challenges to their detention.

They said they might have to arrest the Trump officials. It is within their powers.

“The House could direct its Sergeant at Arms to arrest current and former high-level Executive Branch officials for failing to respond to subpoenas, after which the legal issues dividing the branches would then be litigated through habeas actions,” the House lawyers wrote. “But arrest and detention should not be a prerequisite to obtaining judicial resolution of the enforceability of a Congressional subpoena,” Roll Call reported.

The House pointed out that the three judges appeared to agree that courts could decide whether Congress can enforce its subpoenas if presented with those legal challenges to detention.

“Under the panel’s logic, to obtain resolution of the legal question here, the House must direct its Sergeant at Arms to arrest McGahn,” the House wrote. “The Court would be faced with the same legal issues in McGahn’s inevitable habeas petition and would surely find them appropriate for judicial consideration.”

“That’s why we don’t do that anymore. We don’t have the Sergeant at Arms go out and arrest people, and maybe have a gun battle with Mr. Barr’s FBI security detail. Instead, we go to court,” Letter said. “Everybody has recognized that we go to court.”