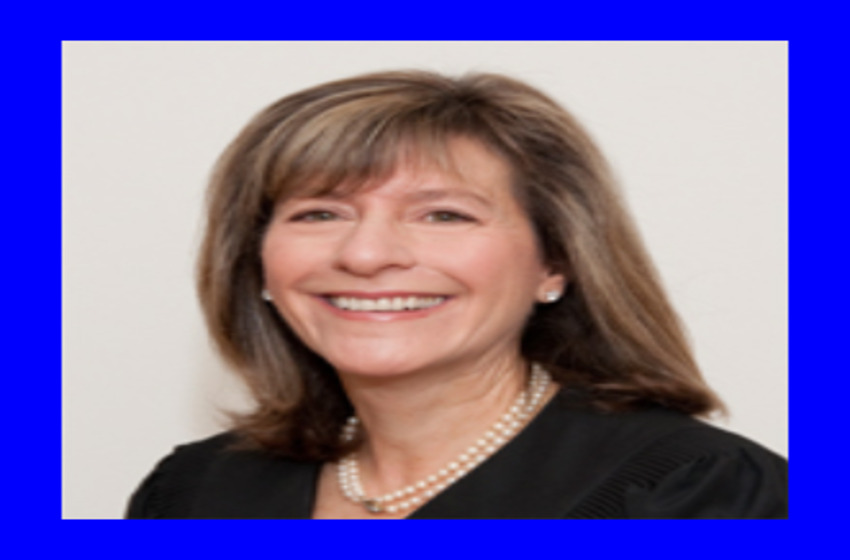 Critics of Jackson accuse her of bias against Trump and his associates, noting that she was appointed by President Barack Obama

As corrupt as Washington, D.C.?

Who is Roger Stone?

He is a political consultant who helped Donald J. Trump win the Presidency.

Stone was found guilty of:

Who did he lie to?

With unknown people working for:

Who was the witness Roger Stone tampered with?

The jury never said who it was.

Imaged is the official jury verdict: 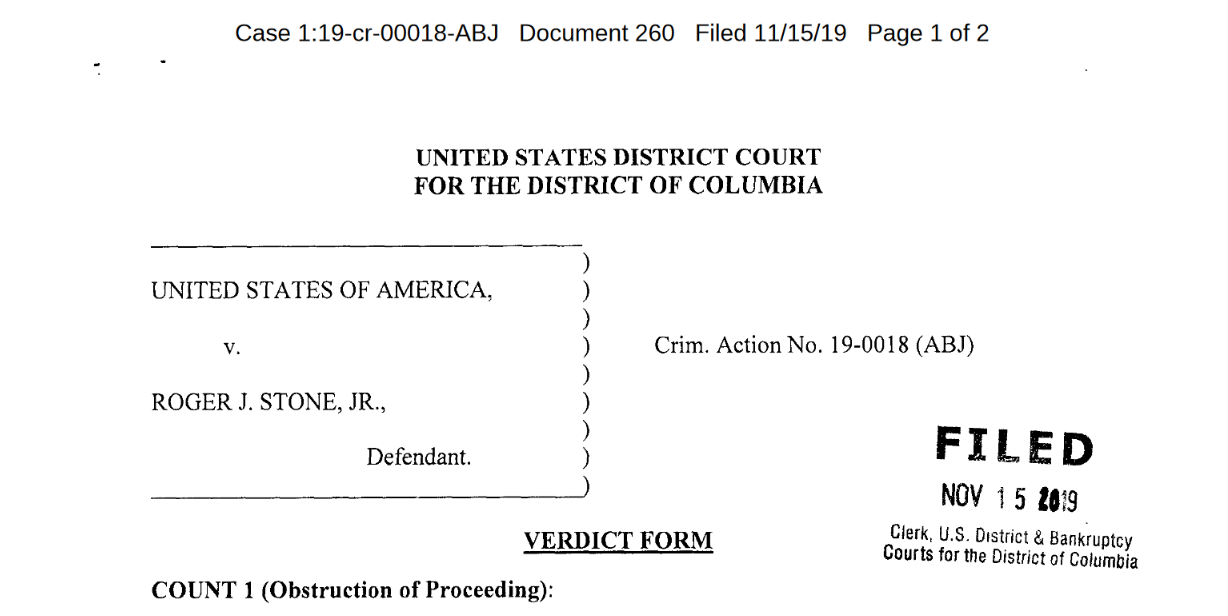 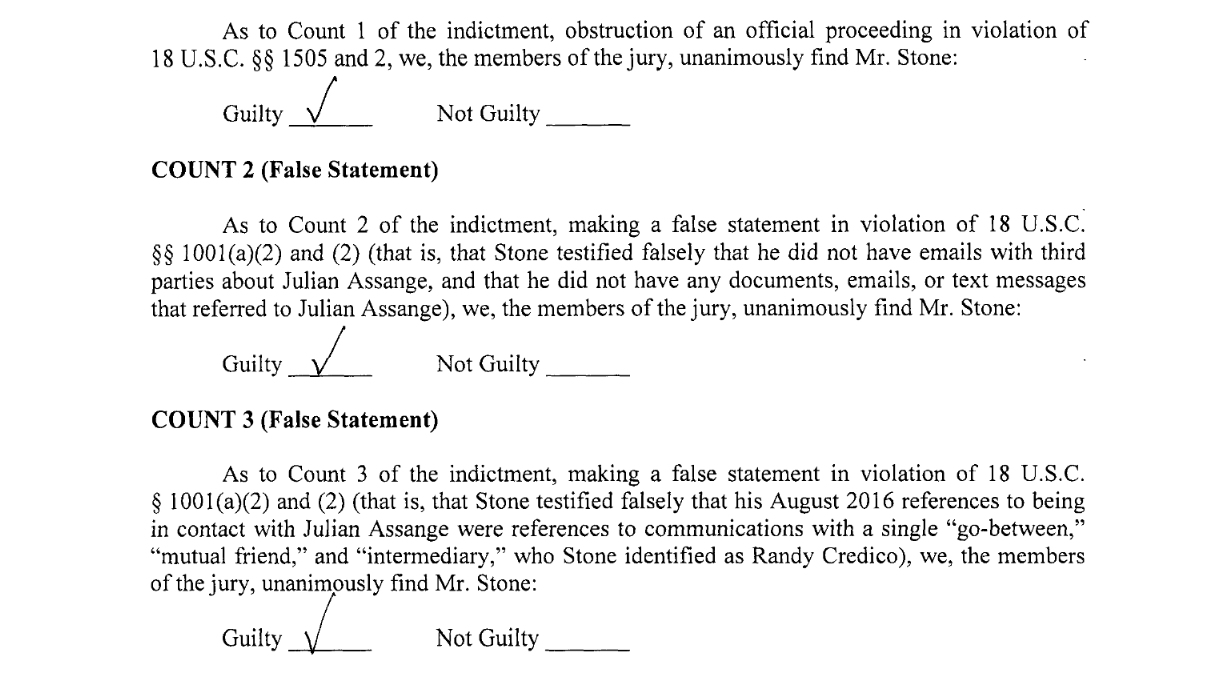 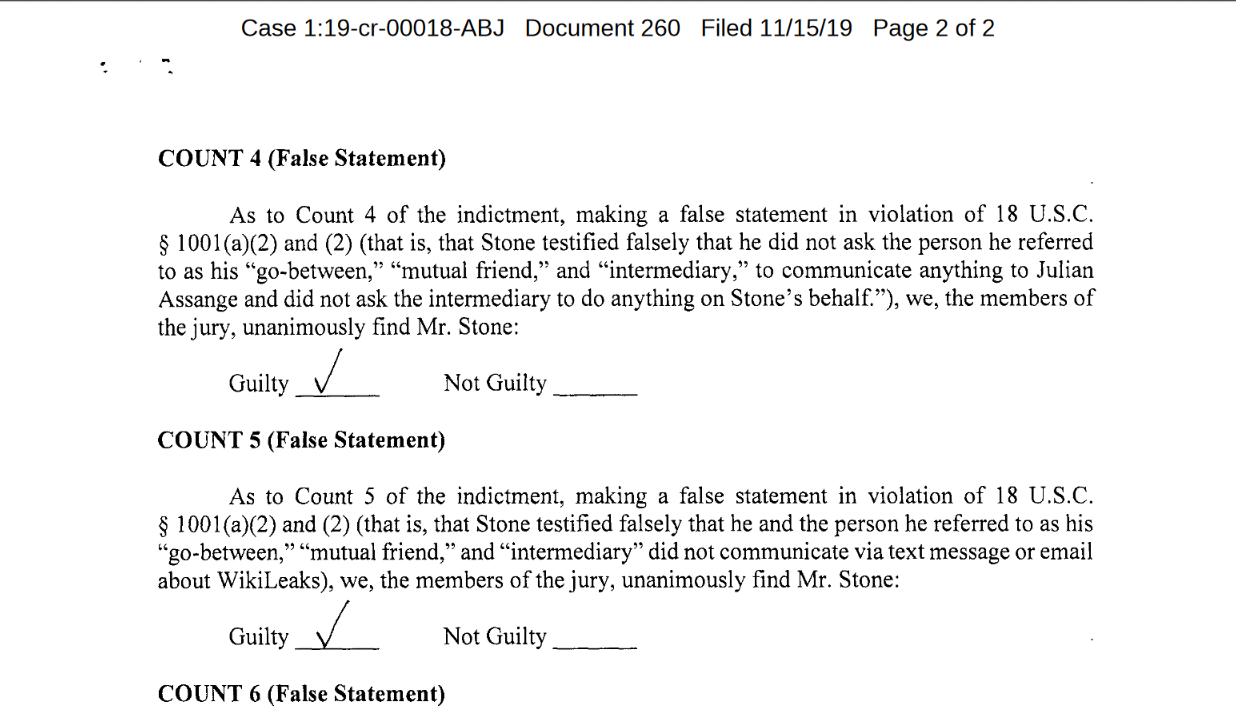 Here are some of Judge Berman Jackson’s options tomorrow morning: