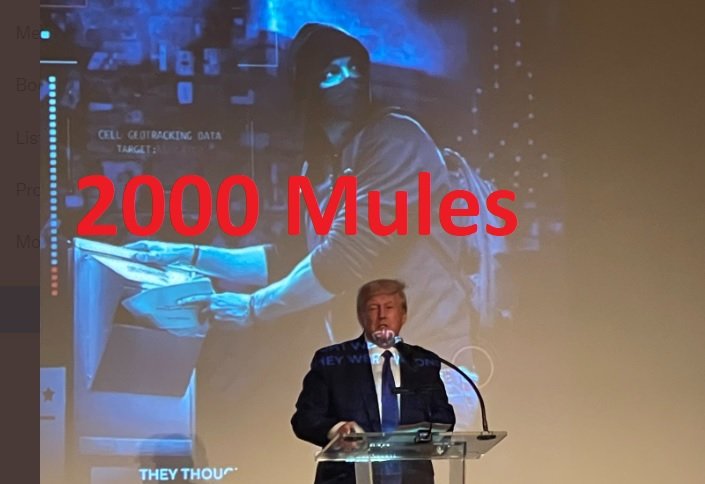 According to Dinesh, “2000 Mules” is the most successful political documentary in a decade with over $10 million in revenue! The Gateway Pundit reported that the movie will be coming back to theaters due to high demand.

Every American needs to see this movie.

The film features an interview that True The Vote’s Greg Phillips conducted with a whistleblower in Yuma County who took part in this illegal ballot trafficking ring.

The whistleblower said she was working as a receptionist and told Phillips, “I was just instructed to go ahead and receive ballots from various people, females mostly, and on Friday, they would come and pick up payment. I assumed that was payments for what they were doing.”

Whistleblower: And then I would get a call to find out how many ballots and if they were already prefilled out first. And she would come into the office, look at them, and then before she left, she would either take them herself, but other times she would ask me if I could drop them off at the library.

Phillips: So what was the instruction?

Whistleblower: Just to drop them off in the drop the dropbox, the early ballots.

Phillips: Was there a reason she wanted you to go to that Dropbox as opposed to maybe city hall?

Whistleblower: There are no cameras there. And she would want me to take it in the evening when it was dark also.

Phillips: Do you personally think that the elections in San Luis are free and fair?

Whistleblower: No. They’re fixed. They’ve been fixed. They already know, seriously, who is going to win the next election before it even happens.

Phillips: How do you think this affects the community, especially the Hispanic community? Because it seems like they’re preying on minorities.

Whistleblower: They’re an easy target because most of the Hispanics that live in the town are not well educated as far as the law. They look at it mostly as Oh, she’s trying to help us because we’re older, because she’s having someone come and pick it up at my house, because I don’t drive. Most of them, maybe I would say honestly 90% of the elderly that live in San Luis don’t drive or have relatives that are willing to drive them to do this, to go to the voting polls. Back when I first moved into the city of San Luis, I did have somebody come and knock on my