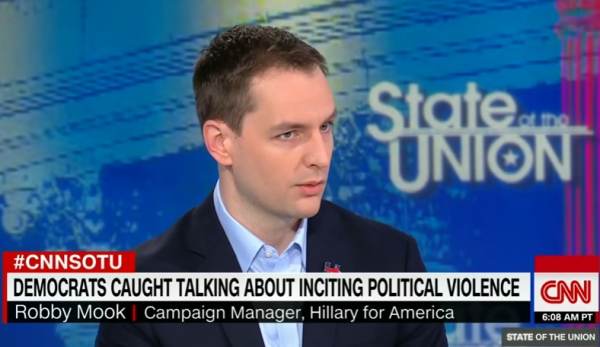 On Saturday The Gateway Pundit reported that thanks to newly released transcripts Hillary Campaign chairman John Podesta admitted during testimony that both the DNC and Hillary Campaign split the cost of the bogus Trump-Russia dossier in 2016 that initially launched the attempted coup against Donald Trump.

CNN reported in October 2017 that Podesta and then DNC Chair Debbie Wasserman Schultz “both denied to congressional Russia investigators that they had any knowledge about an arrangement to pay for opposition research on President Donald Trump, three sources familiar with the matter told CNN.”

But that is not what John Podesta told House Intelligence investigators under oath in his December 2017 testimony.

John Podesta admitted under oath that the DNC and the Hillary Campaign split the cost of the Trump-Russia dossier. 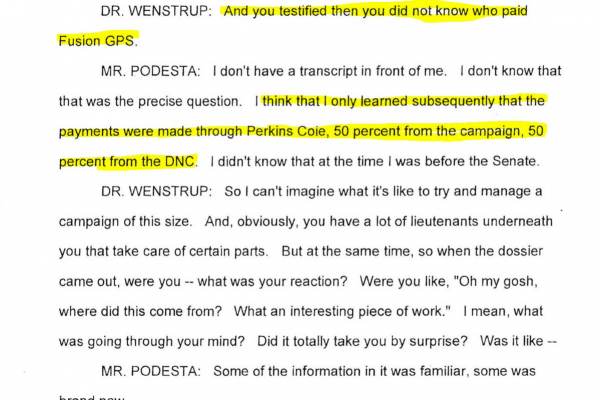 That’s from page 13 of his testimony.

BREAKING: Clinton campaign lawyer Marc Elias testified he sent the bills from Fusion GPS to campaign manager Robby Mook, yet Mook has publicly denied knowing anything about the dossier at the time

The Mark Elias transcript was released on Friday.

Here is Elias’s testimony where he admits Hillary’s Campaign Manager Robbie Mook was sent the bill for the Fusion GPS dossier!

page 16 from his testimony 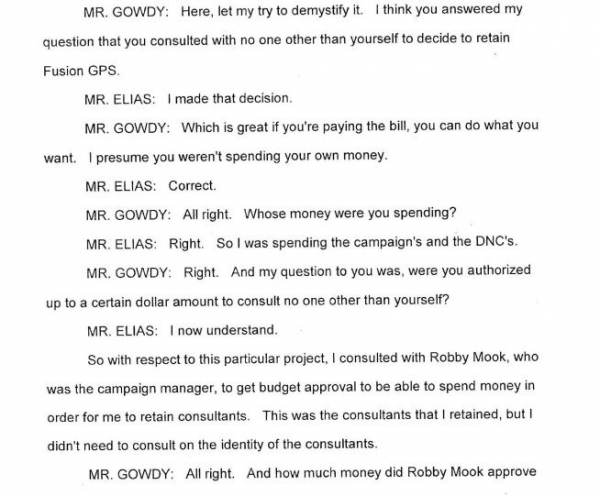