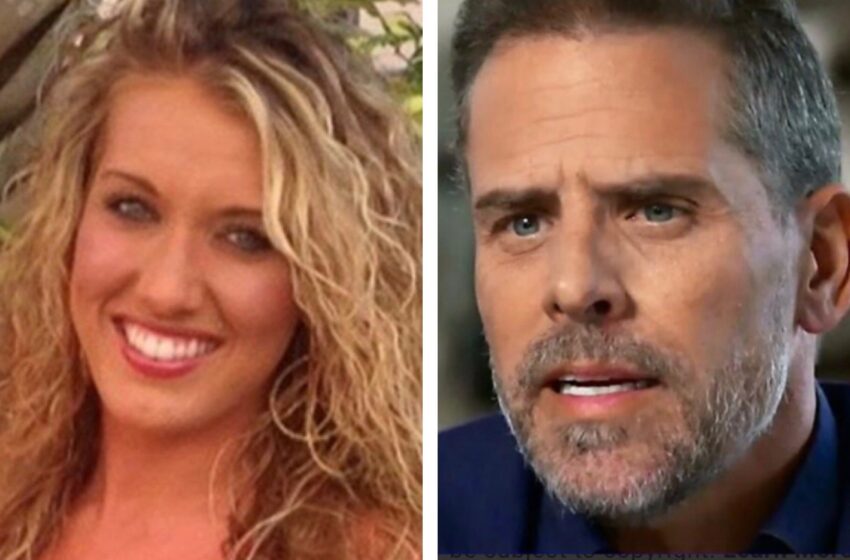 Hunter had a child with Lunden Roberts after meeting her at a DC strip joint where she worked as a stripper.

The lovechild, Navy Joan Roberts, was born in August, 2018.

To this day, Joe Biden refuses to acknowledge his own granddaughter.

In fact, in 2019, Joe Biden lashed out at a reporter asking about his new granddaughter born to Hunter and the stripper.

Biden gets angry at a reporter for doing his job:

Reporter: “Do you have a comment on this report and court filing out of Arkansas that your son Hunter just made you a grandfather?”

Biden: “No, that’s a private matter, I have no comment. But only you would ask that. … Classy” pic.twitter.com/vxPzE8St8Q

According to Roberts’ attorney Clinton Lancaster, the child would benefit from carrying the Biden name.

The lawyer also argued the Biden family remains “estranged from the child. To the extent this is misconduct or neglect, it can be rectified by changing her last name to Biden so that she may undeniably be known to the world as the child of the defendant and member of the prestigious Biden family.”

Hunter Biden asked a judge to deny the name change because it will cause serious problems for the child.

The Bidens are trash.

Hunter Biden asked for a judge to deny his estranged four-year-old daughter born to a stripper from taking his surname, claiming that doing so would rob the child of a ‘peaceful existence.’

The request was made by the president’s son on January 6, just a couple of weeks after the child’s mother Lunden Roberts filed a name change petition for their daughter, Navy Joan Roberts.

Roberts, 31, who is raising Navy in Arkansas, filed the petition last month amid an ongoing paternity suit over child support payments that were adjusted because Biden’s ‘financial circumstances’ had undergone a ‘substantial, material change