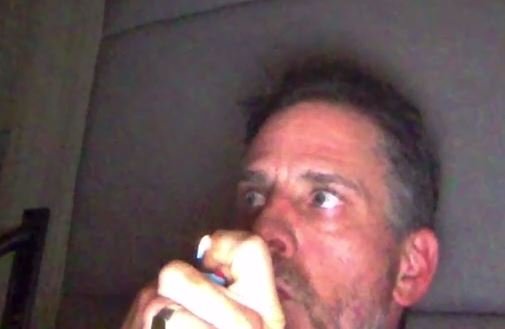 Cheryl Deboves received $20,207 in a PPP loan for a ‘female-owned sole proprietorship,’ according to the Daily Wire.

The hooker’s loan was listed under “Independent Artists, Writers and Performers.”

It is listed as in the industry of “independent artists, writers, and performers.”https://t.co/gHjXIuebZo

The federal loan was issued through Capital Plus Financial, LLC, in April 2021.

According to Daily Wire reporter, Luke Rosiak, the hooker asked Hunter Biden for help after a drug dealer threatened her.

The prostitute frequently pledged to “f— and suck” the First Son, in between trips to buy needles and brillo pads.

Hunter Biden ignored her unless he needed her ‘services.’

Here’s some of the back-and-forth conversations the hooker had with Hunter Biden, the smartest guy Joe Biden knows:

“Honestly babe the problem is you have too many girls there,” Deboves said, according to the Daily Wire. “I understand you like a lot of girls but that’s fine do one at a time at the tops to Which is fine but just hire the second girl for like 1 hour.”

Biden asked Deboves, “WTF babe where are you,” – she later told Hunter that she spent all of his money on heroine and needles.

“baby I am so sorry listen I’m not trying to take advantage of you but I spent all of the money that you got me on black,” she said in a text to Hunter, according to Luke Rosiak. “I went to Walmart to get needles babe.”