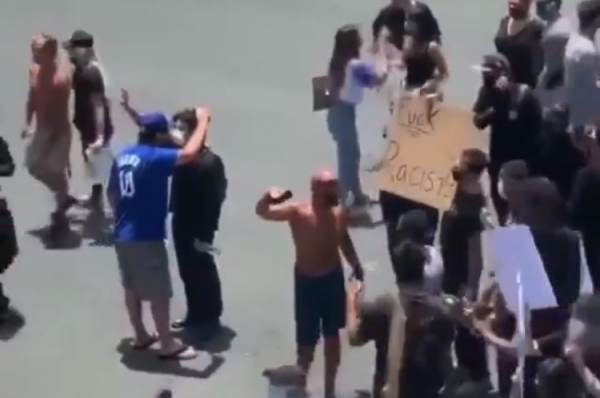 Black Lives Matter and Antifa terrorists in black bloc have taken over PCH and Main Street in Huntington Beach for the last several days and the locals are fed up.

Huntington Beach, dubbed Surf City USA, is known for its surfing and counter-culture.

A huge brawl broke out between Huntington Beach locals and Antifa.

The locals beat the crap out of Antifa and sent several of the black-clad cowards running across the street.

The locals sent Antifa running for their lives.

Huntington Beach, a bunch of their citizens ran off #Antifa. I don’t see Tito Ortiz anywhere in this video: pic.twitter.com/8aCHlCoZqT

Huntington Beach police used pepperballs to disperse protesters laying in the middle of the street chanting, “I can’t breathe!”