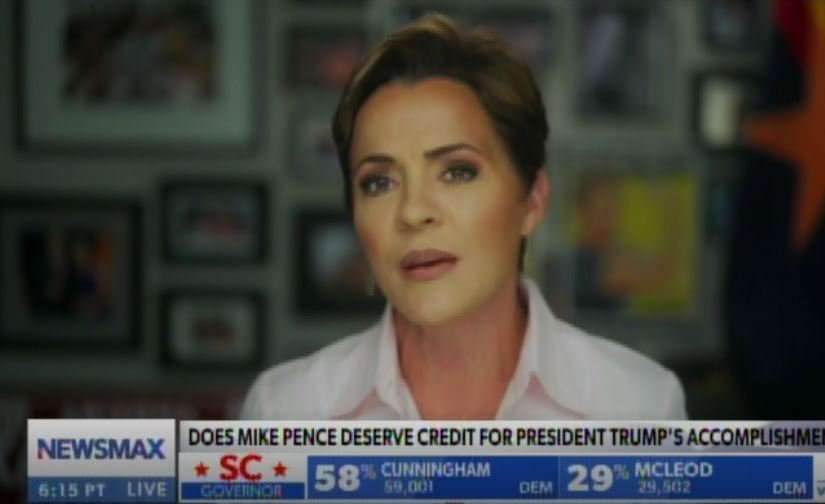 Former Vice President Mike Pence toured the US southern border today in Arizona and was able to fill a room with a few supporters for a news conference.

Pence is so deluded he believes he might run for US President in 2024.

Arizona gubernatorial candidate Kari Lake went on Newsmax tonight to discuss Mike Pence’s trip to the border and his statement from earlier today.

Kari Lake:  Yes, the Vice President was here saying the state’s shouldn’t be involved.  It should be up to the federal government. And I guess that’s true in a rainbow and lollypop world but we’re down here in Arizona living in the cartel world where because of Joe Biden and because of a corrupt stolen, election, they put Joe Biden in the White House.  And now we have a disaster at our border.    President Trump had the border under control.  It was the best I had seen in 27 years.   I had been covering as a journalist.  And now that I’m a candidate we have our Defend Arizona Border Policy and we are going to defend this border and stop the cartels from being in control.