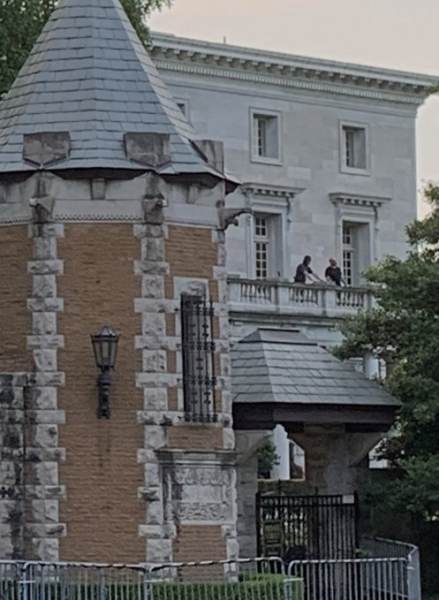 Armed security guards position themselves on the balcony at the McCloskey home during the second wave of protests on their home. This was several days after the BLM protesters originally broke into their gated community.

McCloskey and his wife pointed guns at protesters who broke into their gated community and threatened to kill them, their dog and destroy their property.

Tuesday on Hannity Mark McCloskey told Sean Hannity that President Trump sent armed security to his neighborhood on Portland Place in the St. Louis Central West End to protect his home after the original assault.

Mr. McCloskey was just on Hannity. When protestors returned to his home for the 2ND time, there was security there….which to his understanding, was quietly & privately sent by President Trump….

Sean Hannity: The second night that the people came and the cops weren’t there then… I had a source on the ground and I’ve not been able to confirm it but maybe you can. Is it true