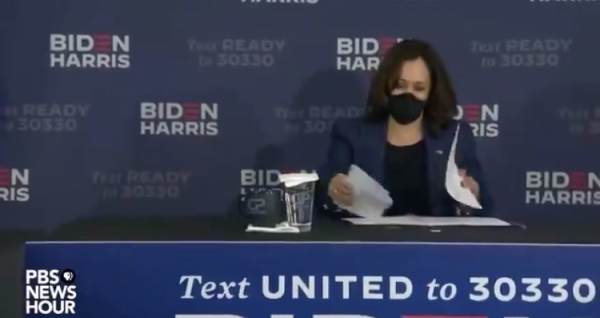 29-year-old Jacob Blake was shot 7 times in the back by a Kenosha police officer in August after he brawled with the cops, resisted arrest, shrugged off two tasers and had a knife in his possession.

Kamala Harris on Monday said she was proud of Jacob Blake, a man who had previously broken into a woman’s home, sexually assaulted her while she was in bed with one of her children and stole her car.

Kamala Harris took a couple softball questions about her meeting with Jacob Blake from media sycophants on Monday.

However she didn’t take any questions from reporters after her Wisconsin event wrapped up.

“I think we’re all set!” Kamala Harris handlers screamed as they shooed media away. “We’re gonna head out the same way we came.”