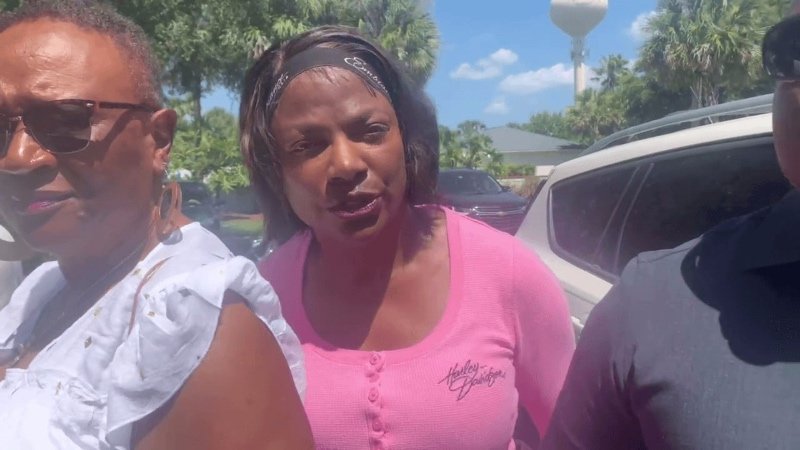 On Friday afternoon, congressional candidate and investigative journalist Laura Loomer called out Congresswoman Val Demings for being an irresponsible gun owner during Demings’ appearance in the conservative enclave of The Villages in Lake County during an event for her United States Senate campaign.

Demings, who was a lead impeachment manager for the first false impeachment of President Donald J. Trump, infamously had her own police-issued firearm and go-kit stolen from her unlocked vehicle in a gated community outside of Orlando when she was the Chief of Police for the Orlando Police Department.

Congresswoman Demings has also consistently supported unconstitutional anti-2A gun legislation that punishes law-abiding gun owners, including the recent Democrat-backed plans to limit access to firearms for law-abiding American citizens. Mainstream media and elected Democrats have never held Demings accountable for her failure to properly secure her department issued firearm, which has never been recovered over a decade later.

Demings was eventually censured for her lack of firearm safety, but is now the leading Democrat United States Senate candidate against incumbent Republican Senator Marco Rubio in the 2022 mid-term elections.

Loomer, who is a candidate against Never-Trump GOP career politician Dan Webster in Florida’s 11th district that now includes Congresswoman Val Demings Windermere neighborhood, caught Demings getting off her starter Harley Davidson motorcycle as she arrived at an event for Democrats in The Villages mid-afternoon on Friday.

Demings got so riled by Loomer that she told the journalist to “FUCK OFF” before entering the event venue for her United States Senate campaign. Laura Loomer, who told Demings that she will be her next Congresswoman, shared the following exclusive statement with this GP journalist.

“Congresswoman Val Demings had her own police-issued firearm, and God knows what else, burglarized from her unlocked vehicle in her upscale gated community when she was the Chief of Police for the Orlando Police Department.

Now, she is pushing to confiscate firearms from responsible and law-abiding gun owners. She can ride around on her starter Harley Davidson as much as she wants, but the people of Florida can clearly see the insanity of her hypocrisy. Given that Val Demings lives in Windermere, I will be her next Congresswoman.

Unlike Val Demings, I will fight for our God given 2nd Amendment rights. Isn’t it funny how I