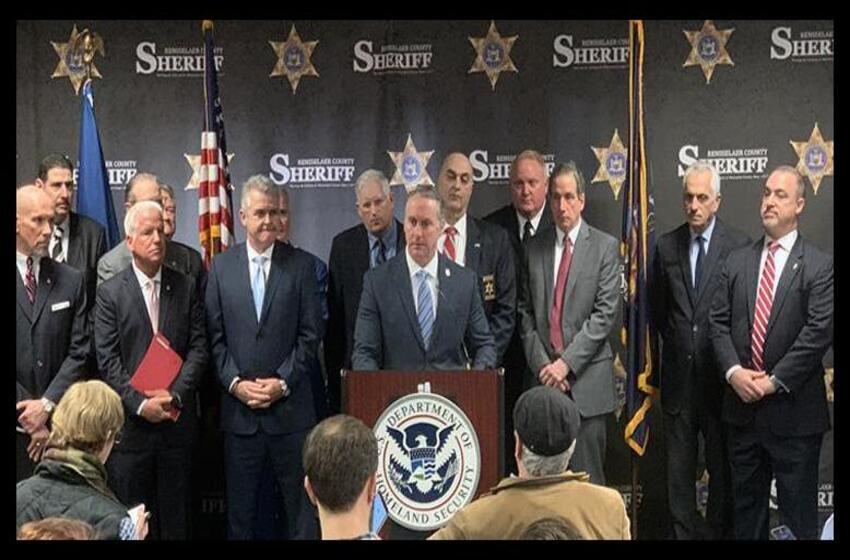 “By restricting access to all DMV information, the Green Light Law stands as a dangerous roadblock to ongoing federal investigations into a broad range of criminal activity,” said Acting ICE Director Matthew T. Albence. “Information sharing is the lifeblood of law enforcement. The inability to access this information puts our sworn federal agents and officers, and the communities we serve, unnecessarily at risk.”
ICE is not asking the State of New York to provide a list of illegal aliens, or to identify which individuals in its databases are here illegally, Albence explained at the press conference. ICE needs access to the information – just like all other law enforcement agencies that work in the state – to support investigative efforts, not only in New York, but also across the country and around the world, he said. ICE’s ability to identify and dismantle a transnational criminal organization often depends on getting the right piece of information into the right hands at the right time.