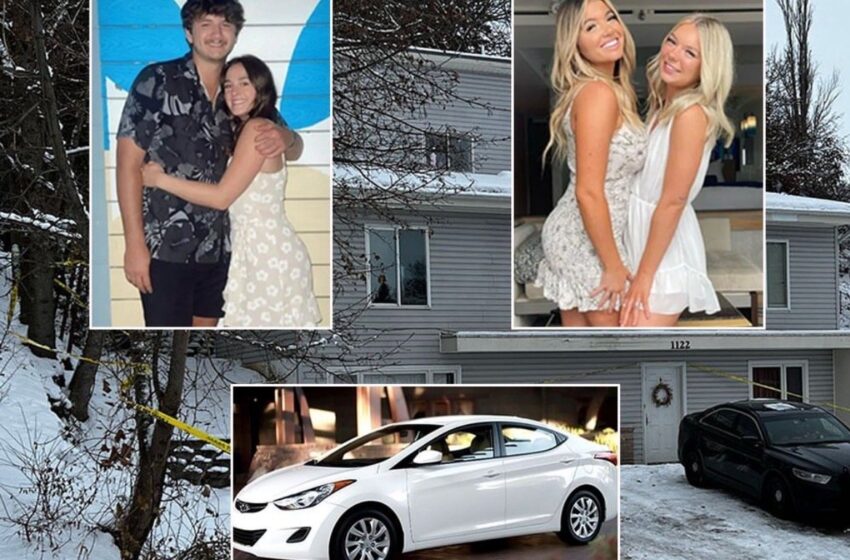 It has been more than three weeks since four University of Idaho students were stabbed to death in a shared house near the campus and police still have not identified a suspect.

The two surviving female roommates, who were on the 1st floor/basement floor and slept through the murders, were identified: Dylan Mortensen and Bethany Funke.

Police are now searching for a white 2011-2013 Hyundai Elantra that was spotted near the home on the night of the quadruple murders.

Investigators want to speak to the occupants of the vehicle, according to a press release.

The car’s license plate is not known.

The Moscow (Idaho) Police Department said Wednesday that detectives want to speak with occupants of a white 2011-2013 Hyundai Elantra that was near the off-campus home where four college students were brutally murdered on Nov. 13.

“Tips and leads have led investigators to look for additional information about a vehicle being in the immediate area of the King Street residence during the early morning hours of November 13th,” police said in a news release.

“Investigators believe the occupant(s) of this vehicle may have critical information to share regarding this case.”

The car’s license plate is unknown, but police encouraged anyone who knows of a vehicle matching the description to forward information to their tip line.

Other facts about this murder mystery:

The 911 call came in nearly 9 hours after the murders from a cell phone of one of the surviving housemate’s, however police have not revealed who made the call.According to reports, Moscow police have received hundreds of tips from people claiming Kaylee Goncalves had a stalker, but the information has not been verified yet.It was also revealed that Kaylee Goncalves called her ex-boyfriend several times between 2:30 am