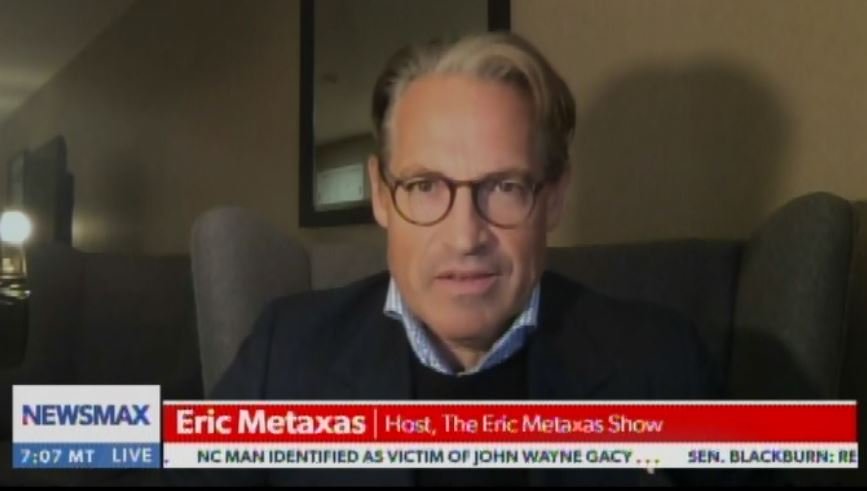 Over the weekend Barack Obama proved once again that he is the most divisive and hate-filled president in American history who lied so much that his words became meaningless by the time he left office.

Obama told Democrat supporters in Virginia Trump supporters are insurrectionists and the greatest threat to democracy in America today.

Steve Cortes: A culture war started in the ’90s and then massively accelerated with Barack Obama as President of the United States.  Isn’t it rich then that this very man is the one is now lecturing us because the right is now starting to fight back, and telling us we shouldn’t be engaging in this culture war that he started?

Eric Metaxas:  Well, I wanted to start on a moderate note but I have failed because here is what I am going to say – Him saying that is as if Adolf Hitler said we need to put an end to antisemitism.  Enough.  If Hitler said something like that you wouldn’t think it was funny, you wouldn’t think it was hypocritical, you’d think it was evil.  It’s a level of lying that unfortunately rises to evil.  It is so despicable that a president who was profoundly divisive, I mean as divisive as it gets…  They have been caught trying to promote cultural Marxism in America, trying to destroy the country.  They have been in bed with China.  When he pretends to care about the COVID pandemic… I think eight years of Obama convinced us that there’s not a syllable of truth in anything he says.

Via Cortes and Pelligrino: