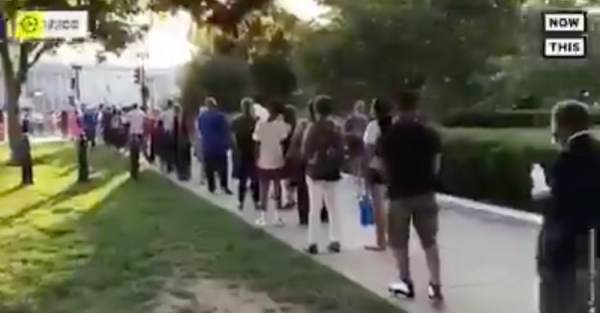 The Democrat-media complex is using the Coronavirus as a vehicle to rig the election with mail-in voting.

The Democrats, with help from their stenographers in the media say it’s far too dangerous to vote in person in November because everyone will die from COVID.

COVID-19 is a peculiar virus because it only infects people at voting booths, gyms, churches and Trump rallies.

People lined up as far as the eye could see on Tuesday in Washington DC to pay respects to Congressman John Lewis.

People can Line Up to Pay Respects to Rep. John Lewis- “WE CAN VOTE IN NOVEMBER”!!! pic.twitter.com/giaJCfb2NF

People on Wednesday also lined up as far as the eye could see to pay respects to John Lewis in Atlanta.

If people can line up to pay respects to John Lewis, then we can have in-person voting in November!