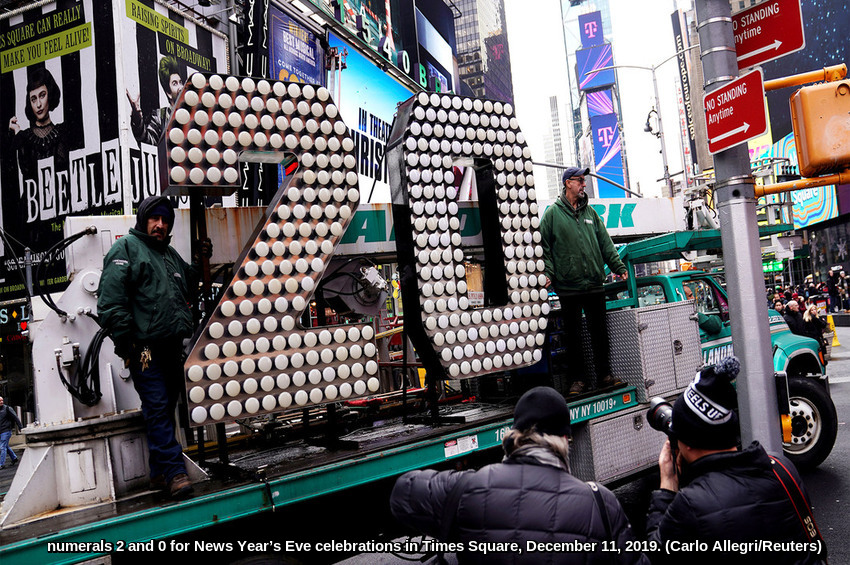 We have one ‘change’ election after another, driven by voters who don’t really know what they want beyond ‘not this.’

There is a strong case to be made that things are getting better.

In 2010, Matt Ridley made the case in The Rational Optimist that things were better than they appeared. Writing in The Spectator, on the cusp of 2020, Ridley offers an update: We’re finishing the best decade in human history.

But it sure doesn’t feel like it, does it? In the political realm, we’re all angry at one another, convinced some terrible “they” is winning at “our” expense. As we end the decade, our politics is wildly out of sync with the technological, economic, and medical events of the past 10 years. Why the mismatch?

Nobody knows, but lots of people are making educated guesses.

No single factor explains our national dyspepsia. Complicated phenomena have complicated causes. But several trends are surely part of the problem.

Economic and political dislocations caused by technological progress have been a source of unease and resentment ever since the printing press sparked the Protestant Reformation. But the pace of today’s changes sometimes feels like more than humans were meant to process and adjust to.

The decline of organized religion is a perennial scapegoat, particularly on the right. And although it surely is an important part of the story, we have a tendency to gloss over the fact that religion hasn’t always been a source of social peace.

These and other trends are part of the broader failure of our institutions — political, cultural, and familial — to give people a sense of meaning and belonging. People want to be part of something larger than themselves, and when they can’t find that close to home, they look to politics and ideology to provide a sense of identity they can’t find where they live.

Another source of national grumpiness is the plight of young people. Saddled with debt and lacking a clear flight path to the middle class, the young are increasingly skeptical of capitalism.

Psychologist Jonathan Haidt suggests we’ve been raising our children to be more fragile and less tolerant of ideas they don’t like or find threatening. I think he’s right, but that’s clearly not the whole of the problem (as Haidt would readily concede). After all, complaining about “these kids today” has been an American pastime since Alexander Hamilton was a troublemaker at King’s College (now Columbia University). Also, more importantly, the angriest and most divisive people today aren’t youngsters but oldsters.

This points to the problem today’s political leaders are most reluctant to discuss: us. Oh, sure, plenty of politicians will blame voters for our troubles, but the voters they single out are the voters who vote for the other party. TV pundits will blame the viewers — of the other cable network, not the ones who tune in to them. Writers will heap scorn on readers who read the wrong writers.

We live in a culture that finds political power in claims of powerlessness and cultural strength in victimhood. The Right thinks this is all true about the Left, and vice versa. But don’t you dare tell anybody that their side is full of whiners, too.

Bad followership yields bad leadership, because in a market-based democracy, the customer is always right. So we have one “change” election after another, driven by voters who don’t really know what they want beyond “not this.” Nearly every politician wants to claim to be a rebel taking on the system on behalf of the righteous victims who voted them into office; few want to take responsibility for the system itself. Congress is brimming with pols who are great at messaging outrage but don’t know jack about governing. Senators rail about elites as if being a senator doesn’t make you one. Presidential candidates — including the incumbent — insist there are easy solutions to everything, but “they” are blocking the way.

Everyone wants to be an outsider, leaving our institutions without insiders willing to do the necessary work of leadership, which begins with telling people what they need to hear, not just what they want to hear.