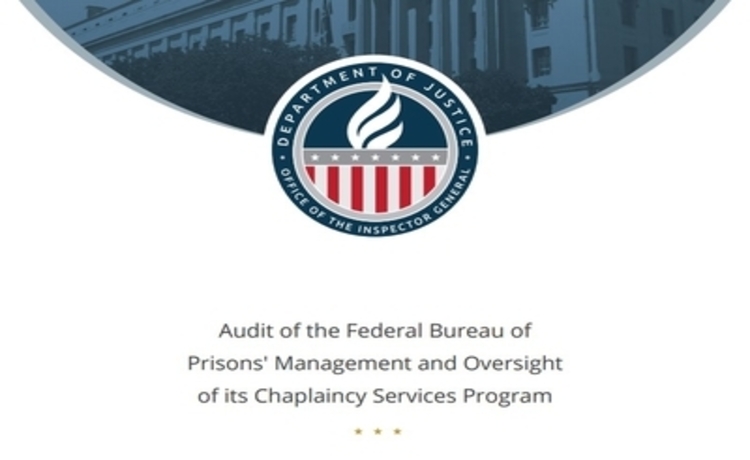 A disturbing report by the Justice Department Inspector General has revealed that incarcerated terrorists associated with international jihadist groups like al-Qaida, ISIS, and al-Shabaab have been allowed to lead religious services in Bureau of Prisons’ (BOP) chapels.

“We found that some institutions permitted inmates with a known nexus to international or domestic terrorism to lead religious services,” said the report, which was issued earlier this month.

The Inspector General investigated the BOP’s overall Chaplaincy Services Program (CSP), and how it balances inmates’ rights to faith-based activity with security risks.

Not only did prison administrators allow terrorists to run religious services, the report found, but they also ascribed religious titles to them, like amir, which means ruler, or commander of the faithful.

The danger in this practice, allowing inmates to lead worship services and granting them official titles, the Inspector General noted, “presents a risk that inmate religious leaders could misuse services to encourage violent behavior, [and] radicalize other inmates.”

This practice, granting religious titles to inmate religious leaders, has surfaced before. In 2012, convicted terrorist John Walker Lindh, known as the “American Taliban,” and several other Muslim inmates in Terre Haute’s maximum security facility were allowed to serve as prayer leaders. A federal judge even ruled that, while the warden had a genuine concern about the influence terrorist-convicts could exert, the BOP had no policy prohibiting inmates from choosing their own religious leaders.

Had the BOP enacted that policy change in 2004 as the IG recommended, it might have won the case. The issue surfaced prominently in the new audit.

Prison officials said they let inmates conduct religious services because of a shortage of chaplains.

However, the IG found that in one case, the individual hired to conduct services was removed after the inmates decided to choose their own leader. Officials felt that having the hired chaplain remain in the chapel posed a serious threat to the employee’s safety based on the animosity directed toward him from inmates who did not agree with his ideology.

But investigators found “terrorist inmates” regularly leading religious services in four of the 12 prisons they visited. One had al-Qaida connections.

“The facility’s chaplain explained that the inmate was selected to lead services by the other inmate faith group members due to his extensive faith knowledge and Arabic fluency,” the report said.

This would be the same “faith knowledge” that motivated al-Qaida member to hijack airplanes, bomb embassies, and kill thousands of innocent civilians in the name of Allah.

As the 20th anniversary of 9/11 approaches, this type of rationale exhibited by the Bureau of Prisons is inexcusable.

In 2004, the Inspector General – as well as the FBI and the CIA – warned that allowing terrorists to lead religious services could lead to radicalization, specifically warning that groups like al-Qaida “will attempt to radicalize and recruit inmates in the United States.”

The 2004 report went on to describe specific catalysts that could lead to prison radicalization. “Inmates can be radicalized in many ways,” it said, “including through the delivery of anti-U.S. sermons, exposure to other radical inmates, or the distribution of extremist literature.”

Alarmingly, the new report shows that trifecta is still operating vibrantly in the U.S. prison system.

The only way to determine if extremist sermons were being preached would be to monitor inmate religious services like the 2004 report had recommended.

Now, almost two decades later, it is clear that this security lapse has not been adequately addressed. The IG report noted that there was “inadequate” video monitoring equipment for religious services. Why was this known security risk allowed to continue? According to the report, the BOP’s Chaplain Services Bureau (CSB) felt that it would be improper to record religious services “to preserve the sacredness of the chapel space.”

And while the report does not specifically identify the literature in question, we know that in 2012 writings by al-Qaida cleric Anwar al-Awlaki, and Muslim Brotherhood leader Sayyid Qutb, written in English and Arabic were in prison chapels’ libraries.

The BOP’s Counter Terrorism Unit (CTU) often issues warnings and advisories to facility chaplains regarding suspect literature. But the auditors found that some of the literature flagged by the CTU was still available to inmates.

The IG noted a failure by the Chaplaincy Services to remove the extremist literature from the facility after it had been identified. In one case, the proscribed literature was purchased again by the chaplain office.

Current BOP policy requires that chaplains review all material before it is placed in the library to prevent the introduction of extremist literature. Suspect material is supposed to be removed.

However, the Chaplaincy Service Bureau told auditors that, “the BOP has never formally rejected any religious materials from inclusion in its chapel libraries.”

According to the CSB’s reasoning, “doing so might be considered a violation of the constitutionally protected rights of inmates.”

Would the CSB consider al-Qaida’s Inspire magazine or the Christian Identity manifesto as protected religious literature appropriate for inmates?

The Council on American Islamic Relations (CAIR) has called for hiring more Muslim prison chaplains. And while that might provide for the spiritual needs of Muslim inmates, it would not necessarily solve the security breaches. In 2004, the IG identified a problem with properly vetting Islamic clergy. There was no acceptable certifying body for prison imams. The two groups vying for that role, the GIISS and the Islamic Society of North American (ISNA), were rejected by the FBI for suspected ties to terrorist organizations.

Having a credible endorsement is still one of the technical requirements necessary for hiring a prison chaplain. But IG Michael Horowitz found that inadequately vetted religious workers still created a security risk.

In some cases, religious workers had developed inappropriate relationships with inmates outside their official duties.

The most disturbing aspect of the new IG report is that all of the noted security breaches regarding prison radicalization had been previously identified in prior audits in 2004 and 2020.

In each instance, the official Bureau of Prisons response was a promise to take corrective action.

It didn’t. Something is wrong when incarcerated terrorists are allowed to ply their trade while behind bars.

The current director of the Bureau of Prisons, Michael Carvajal, has been with the agency for 20 years. He was appointed to his current position last year.

Perhaps a congressional investigation into the security deficiencies at the Bureau of Prisons for allowing terrorists to preach in their chapels is necessary. 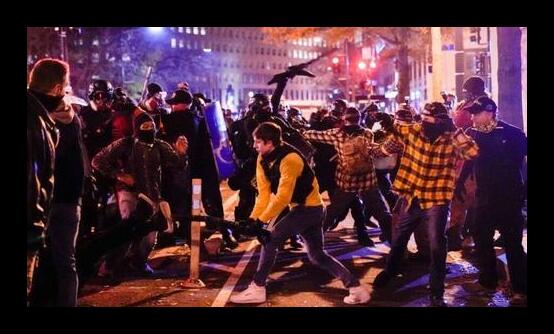