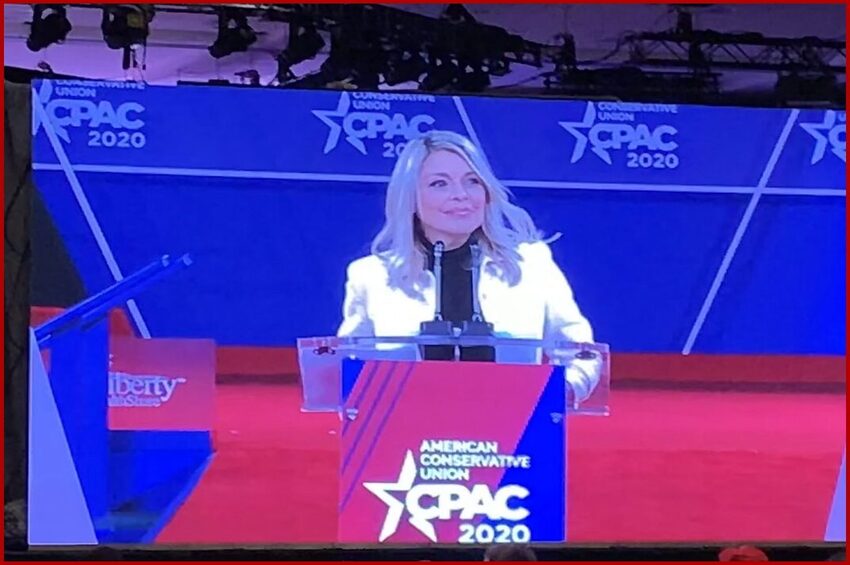 I meant what I said to @IlhanMN. I am an American

inneapolis journalist Dalia al-Aqidi took the stage at CPAC this morning. She is running for Rep. Ilhan Omar’s seat in the House (MN-5). And she has the platform, the charisma, and the story to make it happen.

At first glance, al-Aqidi seems a lot like Omar. The candidate recognizes as much in a campaign ad, but with a disclaimer. “We might seem nearly alike, but we couldn’t be further apart.”

Al-Aqidi is a Muslim (not an Islamist), a legal American (not a brother-marrying cheat), and she exudes a genuine love of America (and not the stench of treason).

I love America, and I want to give back. That’s why I’m running for Congress against Ilhan Omar!”

She fled Iraq with her family in 1988, escaping to Saudi Arabia, as reported by Minneapolis newspaper City Pages:

In 1988, when she was in her 20s, Al-Aqidi, her mother, and her infant half-brother fled the country.  From there she joined Radio Free Iraq in Saudi Arabia and cut her journalistic teeth. She was later able to get a passport and move to the United States in the early ’90s, and has lived here ever since.

As far as her beliefs, al-Aqidi is straightforward on the issues. “I believe in smaller government, lower taxes, less government spending, freedom of employment, and election integrity.” Just as importantly, she’s a uniter in matters of faith, famously wearing a cross on air to show solidarity with Iraqi Christians in 2014.

This is the heading

I meant what I said to @IlhanMN. I am an American, as are we all, and this culture of identity politics and division needs to end. Do you agree?https://t.co/KFGgW9gnvt

If you live in Minnesota, or know anyone who lives in Minneapolis, forward this to them. Get behind al-Aqidi–not just because she’s opposing a despicable congresswoman, but because she herself is a great example of how legal immigration creates true Americans.