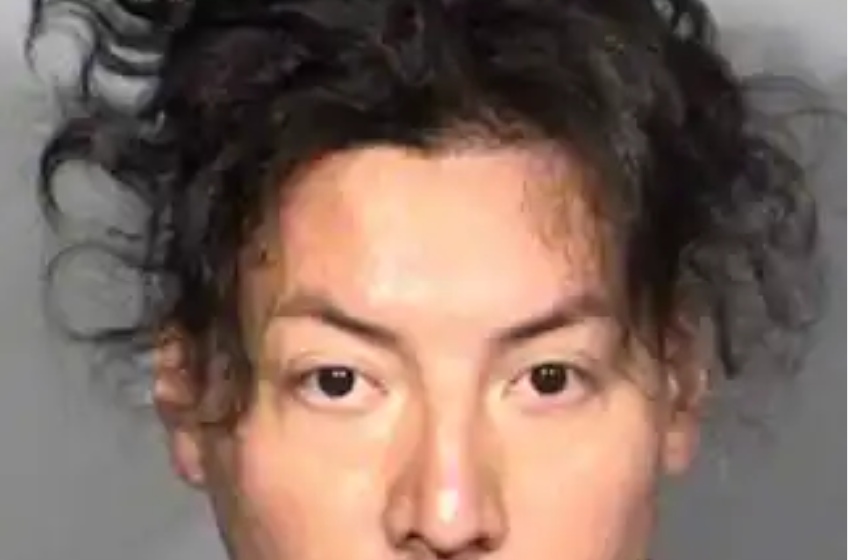 BLOOD IS ON BIDEN AND THE DEMOCRATS

A suspect charged in a mass stabbing on the Las Vegas strip that left two dead and six others injured is a Guatemalan national in the U.S. illegally. He has a criminal record in California. ICE had no record of 32-year-old Yoni Barrios before this.

Barrios stabbed his victims so he could “let the anger out,” according to an arrest report.

The suspect, who had recently arrived in Las Vegas, chose his targets randomly, a source told ABC News.

The attacks started outside a Las Vegas casino at midday Thursday. Detectives believe there was an exchange of some sort between the suspect and the first victim, Maris Mareen Digiovanni, a street performer, before the stabbings, the source said.

Surveillance footage captured the suspect, 32-year-old Yoni Barrios, briefly going inside the Wynn Casino, before he approached a group of performers, including Digiovanni, who were standing outside nearby, according to an arrest report.

He reportedly told detectives he asked to take a picture with them, removing a black carbon knife from a suitcase and telling the women he was a chef, according to the arrest report.

In interviews with police, the surviving performers said he made them feel uncomfortable, according to the police report. Barrios reportedly told police he thought they were laughing at them and making fun of his clothing. He became angry and stabbed the first victim in the chest, according to the report.

“Barrios started running and looking for groups of people so he could ‘let the anger out,’” the arrest report stated…

…Three victims were in critical condition and another three in stable condition Thursday night, police said.

The suspect then proceeded south and stabbed five more victims, and then an additional victim on Sands Avenue, he said. It’s unclear when or where the eighth victim was stabbed…

…The two people who died were identified as Brent Allan Hallett, 47, of Las Vegas, and Digiovanni, 30, of Las Vegas, according to the Clark County Office of the Coroner/Medical Examiner.

Have you heard the theory that Latin American governments are taking advantage of the Biden border crisis by emptying their prisons and sending criminals here? I have heard this specifically from Venezuelans who live in Florida; they say Maduro is rumored to be doing this.