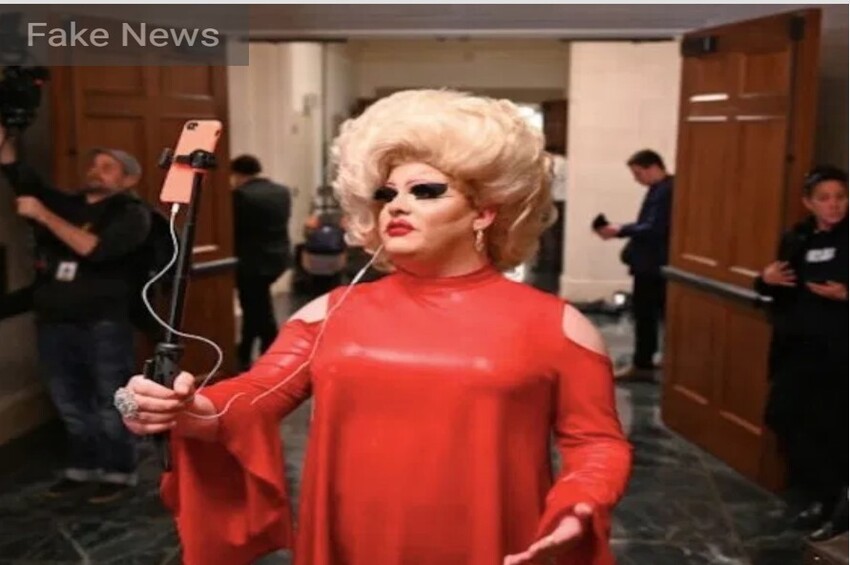 Wow, the Washington Post is crushing this journalism thing, aren’t they? Def-Con News just got done reporting how the WaPo proclaims Obama a conservative and now they are saying drag queens will remove Trump from office. I guess this means liberals have abandoned their impeachment fantasies, but what they’ve moved onto is even more far-fetched. At this rate, by next week they will be claiming the Unicorn of Justice will skewer the President and carry him off beyond the rainbow.

The Washington Post referring to themselves as “news” has always been a stretch, but now it’s moving into fraud territory. Exhibit A:

How drag queens have snatched the political spotlight in the Trump era https://t.co/HO5FGaJMEU

Now get ready for this:

Drag and politics have always been intertwined, ever since the 1969 uprising at the Stonewall Inn in New York, where drag queens and transgender women, notably the performer Marsha P. Johnson, were among the foremothers of the gay rights movement. And in the lead-up to 2020, with drag enjoying more mainstream popularity than ever before, drag queens are becoming a perfect foil to President Trump.

Well what do you know? The WaPo is under the impression that drag queens will be Trump’s undoing. Somehow, and they don’t explain it, drag queens will take Trump out either before the 2020 election or in the election. Are there any drag queens running against him?

Elizabeth Warren kind of looks like a dude, but she isn’t in drag or a queen. Joe Biden panders the LGBT community by pretending to be gay, but he still wears men’s clothing. Pete Buttigieg is gay but not a cross-dresser. Also, none of the the 2020 democratic party candidates stands a chance of defeating Trump. In what way will drag queens “foil” President Trump in 2020?

While the WaPo uses the plural “drag queens” this story is about one single drag Queen cleverly named “Pissi Myles” who showed at the Capitol to “cover” the public impeachment hearings. There is no evidence that Pissi had any impact on the hearings, but they were disastrous for the democrats pushing impeachment.

This is the WaPo’s way of admitting the democrats’ impeachment case against President Trump is D.O.A. The witnesses offered no compelling testimony that Trump had done anything wrong, but all of them agreed that the President hadn’t committed a crime or an impeachable offense.

The WaPo editors must have held a panic meeting because their narrative of Trump’s guilt and impending removal from office completely feel apart. The best they could come up with was: drag queens will take Trump out!

They even made up a new narrative that drag queens are now a major political force:

The act of dressing in drag has long been a political statement — it’s an act of rebellion against societal norms, and an art form that elevates the voices of disenfranchised communities. And as drag has attracted a new, mainstream audience — one that might see it purely as entertainment — there have been efforts to make the connection more overt.

Just because the liberal media promotes drag queens as family-friendly entertainment doesn’t mean average Americans aren’t freaked the hell out by burly dudes dressed up like women. It definitely doesn’t mean that swing district voters in battle ground states are going to suddenly take their political cues from these freaks.

Recounts in Wisconsin, Michigan, and Pennsylvania will take Trump out.

An Electoral College revolt will take Trump out.

The President’s cabinet invoking the 25th Amendment will take Trump out.

Robert Mueller and Russian Collusion will take Trump out.

Drag queens will take Trump out.

That’s quite an evolution of delusion. I’m beginning to think that liberals might not be all that attached to reality.