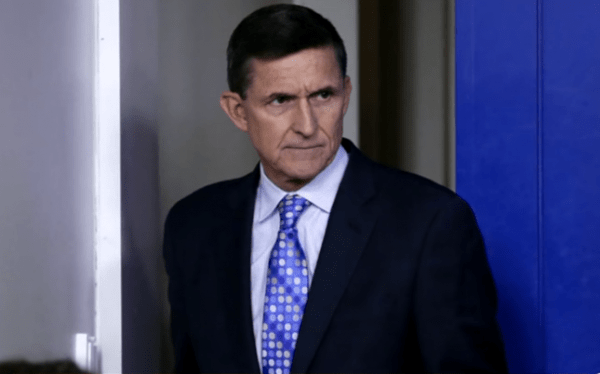 In defense of General Michael Flynn

Like many Americans, I admire General Michael Flynn. The former National Security Advisor to President Donald Trump was targeted in a fabricated and politically motivated prosecution by Special Counsel Robert Mueller – a witch-hunt investigation now thoroughly discredited. His record as a war hero is largely unknown to the American people but General Flynn has served his country with honor and bravery.

Published reports document that former President Barack Obama urged incoming President-elect Donald Trump not to appoint General Michael Flynn. Evidently, Flynn’s refusal to remain silent about the very real dangers of radical Islamic terrorism and his unwillingness to mislead the public about national security issues during the Obama regime, earned the enmity of President Obama and the respect and admiration of millions of Americans. I was pleased when President Trump appointed General Flynn as his National Security Advisor. I believed then, as I believe now, General Flynn understands the very real dangers of radical Islam and the infiltration of all levels of American society by the communist Chinese, including the infiltration of our own Government.

That is why I was disturbed by recent reports that General Flynn recited an unusual prayer on September 17, 2021, when he was a guest speaker at pastor Hank Kunneman’s Lord of Hosts Church in Nebraska. In my opinion, as a preacher, some Christians have leapt to illogical conclusions about this man. They are wrong. I know General Flynn is a devout Roman Catholic and a faithful follower of Jesus Christ.

Incredibly, some have criticized the retired Army officer and former National Security Advisor for his invocation, claiming he recited a prayer originating with The Church Universal and Triumphant, a 1980s cult, and insinuating he purposefully emulated them. This is cynical and far-fetched and based on what the general himself told me, false.

I met General Flynn in March of this year when I was kindly invited to speak and do the invocation for an event where he was a guest speaker. It was a great honor, since I always liked and trusted him. I often prayed for him and his family as they were targeted by unjust investigations during the presidency of Donald Trump.

My host asked me to preach the Gospel “boldly” at the event. I did just that, unashamedly proclaiming the Good News. When I finished my message and prayer, I left the stage