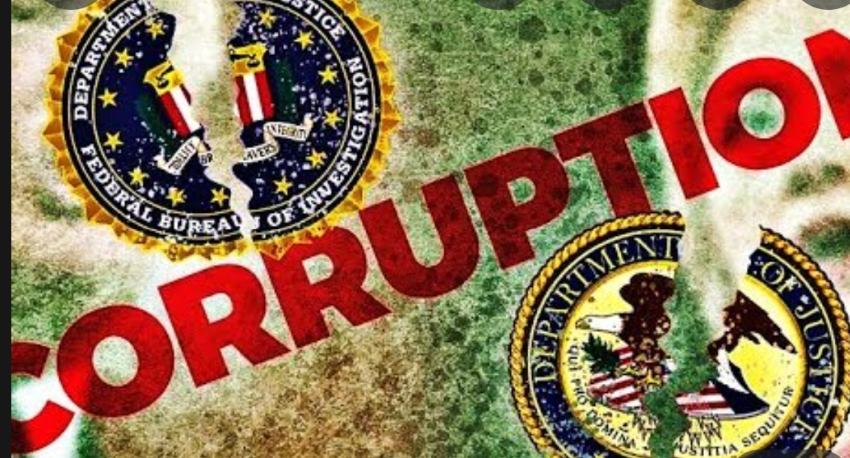 If the FBI and the Justice Department want critics to stop portraying the bureau as a menace to society, maybe FBI leaders and agents should stop acting like menaces.

Conservative social media is blowing up this weekend about a sickeningly abusive, armed FBI raid on the child-filled home of a pro-life activist in Pennsylvania. And with good reason. Once again, the FBI has gone dangerously overboard with an unnecessary show of force. When faced with orders to participate in such hugely unnecessary armed raids, individual agents should register official protests with their superiors.

And FBI Director Christopher Wray, who has been a craven apologist for FBI abuses, should reform FBI practices before “overwhelming force” turns into unspeakable tragedy. He and Attorney General Merrick Garland also are ethically derelict for so harshly targeting relatively mild anti-abortion protesters while showing almost no interest in filing even a single charge against those who vandalized or even firebombed nearly 100 pro-life pregnancy centers.

The latest atrocity — yes, atrocity is the right word — stemmed from incidents in 2021 when Mark Houck, a prominent leader of a Christian men’s ministry, shoved a pro-abortion volunteer after, according to Houck’s wife, the other man repeatedly directed profane verbal abuse at Houck’s 12-year-old son. Charges against Houck were dropped earlier this year, but Garland’s Justice Department suddenly picked up the case again.

Courts and juries will parcel out blame and punishment, if any, for the incidents. This column makes no attempt to pre-judge the legal case, although it is surpassingly odd that the Justice Department would expend so much energy on a minor altercation while ignoring so many deliberate attempts to terrorize pro-life pregnancy centers.

At issue here is the stupendously excessive use of force while arresting Houck — who by no rational analysis is a threat to physically resist arrest — rather than just peacefully serving papers on him or his lawyer directing him to surrender for booking.

If the reality of the raid bears any resemblance to how Houck’s wife described it, the raid was almost criminally inexcusable. She said that at 7:05 a.m. on Friday (Sept. 23), 25-30 armed FBI agents, rifles drawn, surrounded the home as agents began pounding on the family’s front door. Even after Houck said through the door that he would open it and cooperate but that his seven children were inside and frightened, they refused to drop their rifles.

“When they came in, they ordered the kids to stay upstairs,” reported LifeSite news, quoting Mrs. Houck: “Our staircase is open, so [the kids] were all at the top of the stairs which faces the front door, and I was on the stairs as well, coming down. The kids were all just screaming. It was all just very scary and traumatic.”

This overuse of force by federal agents, especially the FBI, has been a problem for years. During Wray’s term as director, it seems endemic. Major armed raids should be reserved for obviously dangerous criminals, not for cases such as Houck’s. Indeed, as I have reported before, they run directly afoul of FBI Investigations and Operations Guide, section 4.1.1 E, which requires that agents “employ the least intrusive means that do not otherwise compromise FBI operations.” This requirement is repeated in other subsections of the guide.

For not cracking down on such overzealous use of force, Wray will have blood on his hands if a child or innocent is ever injured or killed after some random miscommunication or itchy trigger finger. Meanwhile, Wray should begin an inquiry into who ordered Friday’s abusive raid, with penalties for the supervisors definitely in consideration.