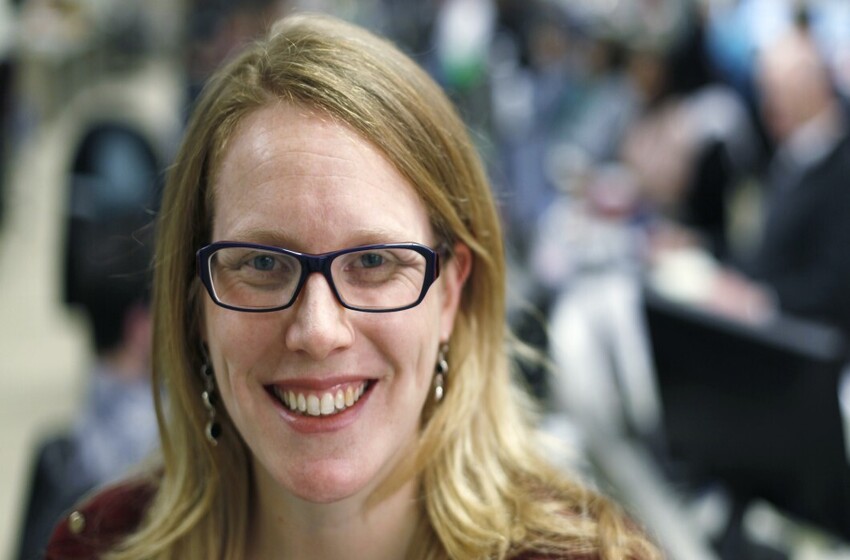 Jen O’Malley Dillon, Biden’s campaign manager shows how Biden wants to unite? What a joke they all are! Never will 74 million legal voters accept them.

President-elect Joe Biden’s top campaign aide and incoming White House staff No. 2 delivered a vulgar description of Republicans during a sit-down with a glossy women’s magazine.

In an interview with Glamour, Jen O’Malley Dillon, Biden’s campaign manager and the next White House deputy chief of staff, defended her boss for pushing bipartisanship.

Biden won the general election by appealing to the public’s sense of unity, according to Dillon.

“From the start to finish, he set out with this idea that unity was possible, that together we are stronger, that we, as a country, need healing, and our politics needs that too,” she said.

Dillon was former President Barack Obama’s deputy campaign manager in 2012 and battleground states director in 2008. She didn’t join the administration, but she worked for the Democratic National Committee instead. She later opened up her own consulting shop with other Obama alumni, including Stephanie Cutter and Teddy Goff.

Her stewardship of Biden’s 2020 campaign makes her the first woman to manage a Democratic presidential bid successfully and oust a sitting president.

The mother of three’s father was sick with cancer when she accepted the job with Biden in April, after serving in the same role for former Texas Rep. Beto O’Rourke before he dropped out of contention. She opened up about juggling all her responsibilities.

“When you have a meeting somebody wants to schedule, so many women are like, ‘Well, I don’t want to tell them I can’t make it because I have a school thing or my kid is sick, because that’s not professional,'” she said.

She continued, “F— that. Why shouldn’t I say, ‘Actually, you can’t talk to me from 6:30 until 8:00 unless it’s an emergency, even on a presidential campaign during a pandemic, because that is the only time I have with my kids. And that is more important.'”

Dillon is expected to work closely with incoming White House chief of staff Ron Klain after Biden’s inauguration on Jan. 20.